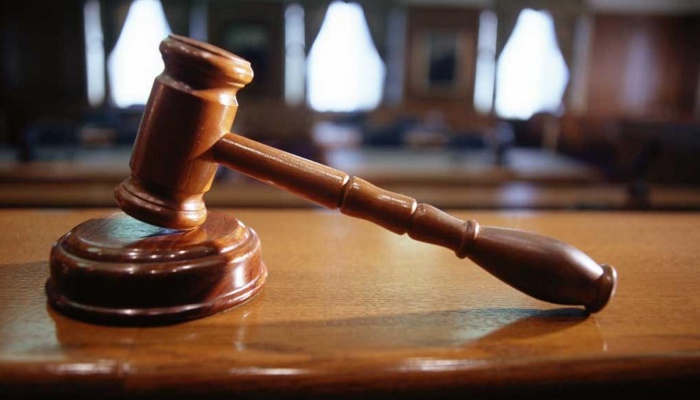 Hüseyin Kaplan, a former judge who heard the 2003 Sledgehammer (Balyoz) coup plot trial, is facing a prison sentence of up to 15 years on terrorism charges due to alleged links to the Gülen movement.

The latest hearing in the trial of Kaplan, who was arrested on Aug. 21, 2016 in the aftermath of the coup attempt, was held at the İstanbul 23rd High Criminal Court on Tuesday during which the prosecutor announced his opinion and asked for a prison sentence of between seven-and-a-half and 15 years on charges of membership in a terrorist organization.

Kaplan is also accused of using the ByLock smart phone application, which is seen by Turkish judicial authorities as evidence of affiliation with the Gülen movement as the application is believed to have been the top communication tool among the movement’s followers.

The prosecutor asked for Kaplan’s acquittal of charges related to attempting to overthrow the government and the parliament.

Sledgehammer was an alleged military coup plot against the ruling Justice and Development Party (AKP) drafted in 2003. The military is claimed to have planned drastic measures to foment unrest in the country in order to remove the AKP from power.

The Sledgehammer coup plot included bombing two major mosques in İstanbul, an assault on a military museum by people disguised as religious extremists and the raising of tension with Greece through an attack on a Turkish plane and blaming the incident on Turkey’s Aegean neighbor.

An Istanbul court had sentenced 331 of the 365 suspects to prison on Sept. 21, 2012, while 34 were acquitted. Three retired generals were sentenced to life in prison on charges of “attempting to overthrow the government by force,” but the terms were later reduced to 20 years because of the “incomplete attempt at staging a coup,” the court said.

Turkey’s Constitutional Court handed down a ruling in June 2014 stating that the rights of a majority of the convicted suspects in the Sledgehammer coup plot case were violated as regards “digital data and the defendants’ testimonies.” All 236 Balyoz suspects and convicts, including high-ranking generals, were released directly after the top court’s decision, and they were subsequently acquitted of all charges.