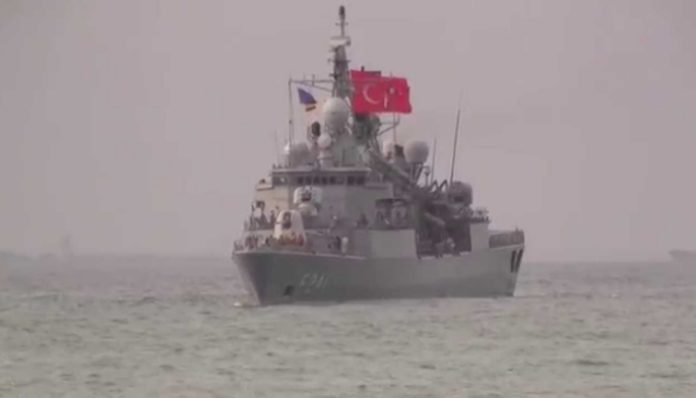 A Turkish navy frigate, the Turgutreis, was grounded in the Gulf of İzmit in northwestern Turkey although there were no unusual weather conditions in the region, the TR724 website reported on Monday.

The incident found no coverage in the mainstream media in Turkey, which is tightly controlled by the Turkish government.

TR724 based its report on the claim of a former colonel, Hüseyin Demirtaş, who is among the thousands of military officers who have been purged from the Turkish military over alleged links to the Gülen movement in the aftermath of a failed coup attempt on July 15, 2016.

The Turkish government accuses the Gülen movement of masterminding the failed coup attempt and labels it a “terrorist organization,” although the movement strongly denies involvement in the coup attempt or any terrorist activity.

Demirtaş, who had to flee Turkey fearing persecution at the hands of the Turkish government, supports his claim about the Turgutreis with photos and video footage showing the warship was grounded in the Gulf of İzmir, which he shared from his Twitter account on Jan. 3. As a result of this, Demirtaş’s Twitter account was blocked by the Turkish Navy Command.

It is not yet known whether any investigation has been launched into those responsible for the grounding of the frigate.

According to Demirtaş, the frigate was grounded due to negligence and faults in its operation, and this scandalous incident is being covered up so as to avoid sparking public outrage.

“It is a perfect scandal because the area where the frigate was grounded is not the Gulf of Aden or other international waters, it is the Gulf of İzmit, which is our own home,” wrote Demirtaş.

The former colonel said he wrote a petition to the relevant state agencies about the grounding of the frigate and filed criminal complaints against those who were responsible for the incident.

Despite refugee deal only 189 migrants were returned to Turkey in...

Hackers acting in Turkey’s interest believed to be behind recent cyberattacks:...