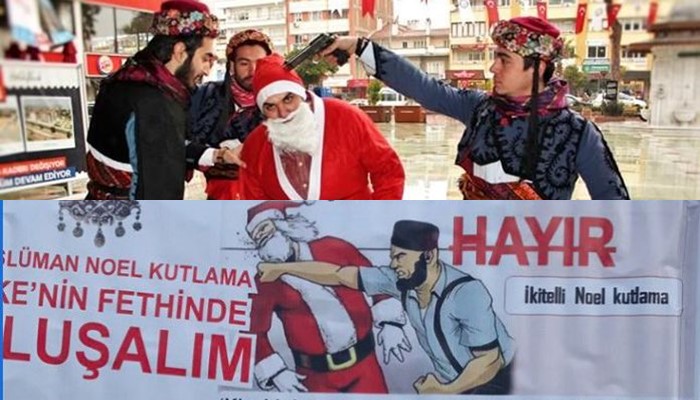 A group that identifies itself as the Association of Conscientious Teachers (ÖĞ DER) in a statement on Monday criticized the promotion of Santa Claus and New Year’s celebrations in Turkey, claiming that these efforts are aimed at “playing with the history and culture of the society,” the artıgerçek news website reported on Monday.

The association described New Year’s celebrations as “craziness,” saying that media outlets were advertising alcohol consumption and gambling under the pretext of New Year’s festivities.

According to the group, stores who use Santa Claus figures are trying to indoctrinate their customers with Western culture and make Santa Claus, which the group said has nothing to do with Turkish culture, part of the culture of Turkey.

In Turkey many often confuse Christmas with New Year’s celebrations and perceive the latter as belonging to Christianity.

Over the past years, the attacks on New Year’s celebrations and Santa Claus figures have become very common in the country.