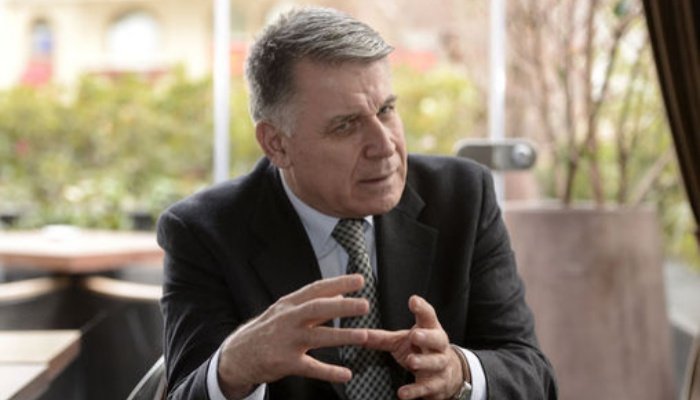 İsmail Hakkı Pekin, a former intelligence chief of the Turkish General Staff, claimed on a TV show over the weekend that supporters of the faith-based Gülen movement, who are subject to severe persecution in Turkey, buried $2 billion on land in Kocaeli province.

Speaking on Beyaz TV, Pekin claimed that based on the intelligence he received last week the land on which Gülen movement sympathizers buried money is visible from space.

“This is vacant land that belongs to the state. The photos were taken from space. The money seems to be a different color under the ground. I was told it is an amount close to $2 billion,” Pekin said on live TV. He went on to say that the movement also hid money in other places around the country.

Pekin added that the land is leased to Kolin Construction, a company that is close to the government.

In January Pekin had suggested that Turkey make use of tactics it used against Armenian militant group the Armenian Secret Army for the Liberation of Armenia (ASALA) and Israeli intelligence agency MOSSAD against the Nazis in order to assassinate followers of the Gülen movement abroad.

The movement, which originated in Turkey, has been active in education and inter-faith dialogue globally but has been considered a “terrorist organization” by the Turkish state since a failed coup on July 15, 2016. The government holds the movement responsible for the coup attempt, although the movement denies any involvement amid a massive purge against its real and perceived supporters.