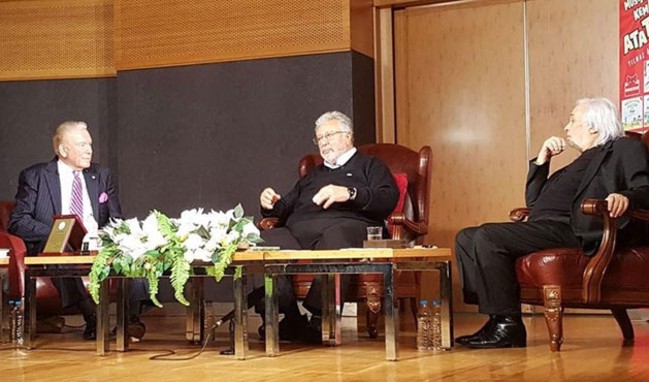 A senior prosecutor in İstanbul on Sunday initiated an investigation into veteran Turkish actors Metin Akpinar and Müjdat Gezen for alleged insult and threat to President Recep Tayyip Erdoğan after the president had targeted the actors earlier the same day.

İstanbul Chief Public Prosecutor İsmail Uçar issued a written statement alleging that the actors had targeted the president of the Republic of Turkey and leveled insults on a show on Halk TV on Dec. 21.  The prosecutor called on the two actors to present their defense.

Akpınar spoke on the popular TV show about the nature of fascism and said in fascist regimes the leaders can be executed. The actor also suggested democracy as the only remedy to the polarization that Turkey faces.

Taking the comments personally, Erdoğan targeted both actors in a speech and argued that their purpose was to send him to execution.

“They will pay the price in the judiciary,” Erdoğan added, claiming that the actors had threatened to hang the president of the country. A few hours after Erdoğan’s remarks, the two actors were called into the office of the prosecutor to defend themselves.

Turkey has been cracking down dissidents under Erdoğan’s rule, particularly after a failed coup attempt on July 15, 2016. People from all walks of life are in pre-trial detention on charges of disseminating “terrorist propaganda.”