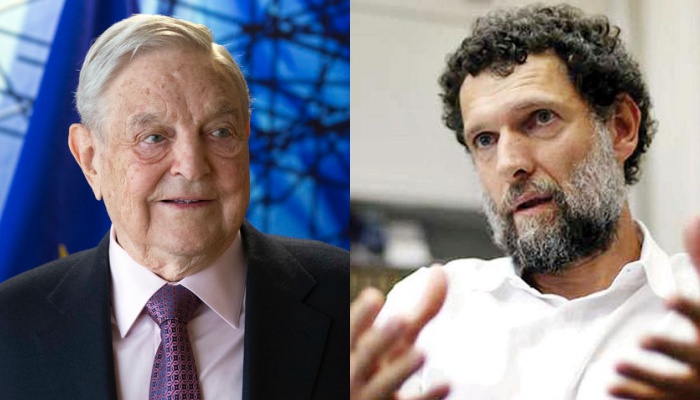 Turkish President Recep Tayyip Erdoğan accused businessmen George Soros and Turkish activist Osman Kavala of being the foreign and domestic organizers of anti-government protests in Turkey in 2013, in remarks to journalists over the weekend following his trip to the G-20 summit in Argentina.

Kavala has been in pretrial detention in Turkey for the last 13 months, accused by the government of financing the Gezi protests, which the Erdoğan government violently suppressed in the summer of 2013. Similarly, Soros, founder of the Open Society Foundation, has been under the spotlight of the pro-government media in Turkey for supporting the protests to allegedly undermine the government.

“I announced who was behind Gezi,” Erdoğan said on a flight from Argentina to Paraguay following the G-20 summit. “I said the foreign organizer was Soros while the domestic instigator was Kavala,” Erdoğan went on to claim. “It is clear who sent money to Kavala,” Turkey’s president also added. In recent weeks, Erdoğan said Soros, a Hungarian-American billionaire investor and philanthropist, was behind the jailed Kavala.

“One financier of the Gezi Park terrorists is now in jail. Behind him was the infamous Hungarian Jew Soros,” Erdoğan said during a meeting with mukhtars (neighborhood headmen) at his palace in Ankara in November.

Following Erdoğan’s remarks accusing Soros of financing activities to divide countries, the Open Society foundation announced last week that it was terminating its activities in Turkey.

Erdoğan also said that during a visit to Germany the president and chancellor of Germany both asked him about Kavala. “I asked them both ‘Why do you love this man so much? What is your relationship to him?’” Erdoğan told reporters according to the Hürriyet daily on Monday.

In November, Turkish police detained 13 people from the Anadolu Kültür Foundation, which is chaired by Kavala. One academic was arrested while the others were released.