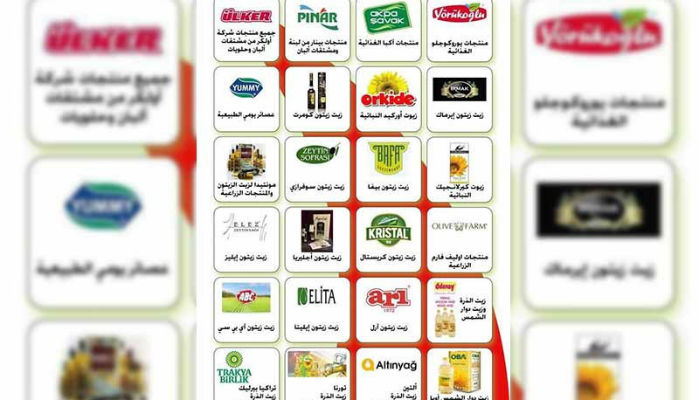 A group of Saudi businessmen have launched a boycott against some Turkish brands due to Turkey’s stance on the killing of Saudi journalist Jamal Khashoggi at Saudi Arabia’s İstanbul Consulate General in October, the BBC reported on Tuesday.

Some Twitter users who backed the boycott against Turkey accused the country of trying to involve Saudi Crown Prince Mohammad bin Salman in the murder of Khashoggi. These users tweeted that they see Turkey as an enemy like Iran.

Khashoggi, a Washington Post contributor and critic of the Saudi government, was last seen entering the Saudi Consulate General in Istanbul on Oct. 2 to obtain documents for his forthcoming marriage to a Turkish woman.

Turkish authorities — who say Khashoggi was murdered by a hit squad sent from Riyadh — are still searching for the journalist’s remains. Earlier this month, the chief public prosecutor’s office said Khashoggi’s body was dismembered after he was strangled, while The Washington Post reported investigators were looking into the theory that the body was dissolved in acid. A source close to the Saudi royal palace has denied any knowledge of the body’s whereabouts.

Saudi Arabia has presented an evolving narrative about what happened to Khashoggi, a Saudi citizen, when he entered the consulate to get papers for his wedding. Authorities initially denied all knowledge of his fate before later admitting that a group of rogue operators, many part of Prince Mohammed’s inner circle, were responsible. Riyadh has maintained that neither Mohammed nor his father, King Salman, knew of the operation targeting Khashoggi.