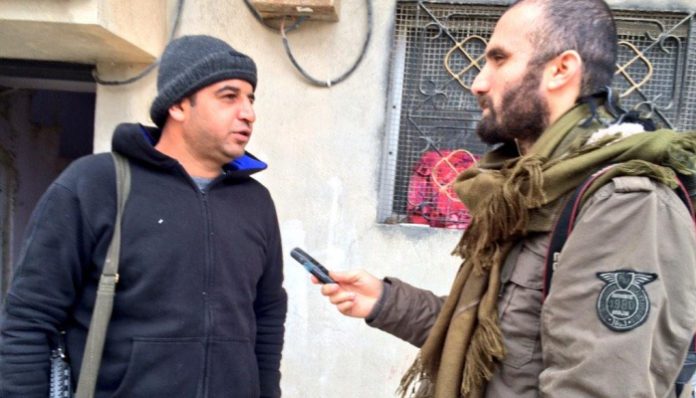 A Kurdish journalist will spend several days in jail until legal paperwork for his 11 month, 20 day prison sentence is completed by officials.

Journalist Sedat Sur was convicted by a court on Nov. 9 of targeting a government trustee appointed to the Mardin Municipality in a news report exposing corruption in the municipality.

Former Mardin mayor and veteran Kurdish politician Ahmet Türk was dismissed by the Interior Ministry on Nov. 16, 2016 and was replaced by a government-appointed trustee.

According to the Turkish Penal Code, citizens do not serve time in jail if their sentences are less than one year; however, in Sur’s case the court ordered his imprisonment until the paperwork is completed.

“I am at the door of the prison and will enter soon. I hope the paperwork is quickly finished and that I’ll be among you in a few days,” Sur tweeted this morning.

He was working for Fırat News Agency, which was affiliated with the outlawed Kurdistan Workers’ Party (PKK) by the Turkish authorities, and briefly detained in 2017.