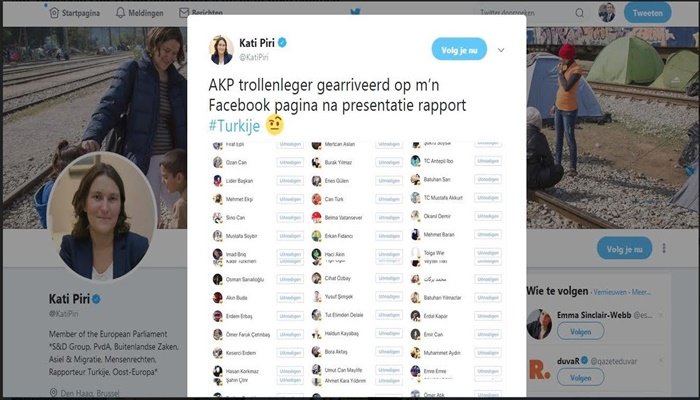 European Parliament (EP) member and Turkey rapporteur Kati Piri announced on her Twitter account that trolls supporting the ruling Justice and Development Party (AKP) had bombarded her following her call for an official suspension of  European Union membership talks with Turkey.

Posting a screenshot of the user names of the trolls that followed her after she made the call on Wednesday, Piri said the AKP trolls bombarded her Facebook page.

Piri had requested a formal end to the already stalled membership accession talks with Turkey. Publishing a report on her website and sharing it on Twitter, Piri called on the EP to draw a red line with Turkey in the face of serious human rights abuses and backsliding in the rule of law since a failed coup attempt on July 15, 2016.