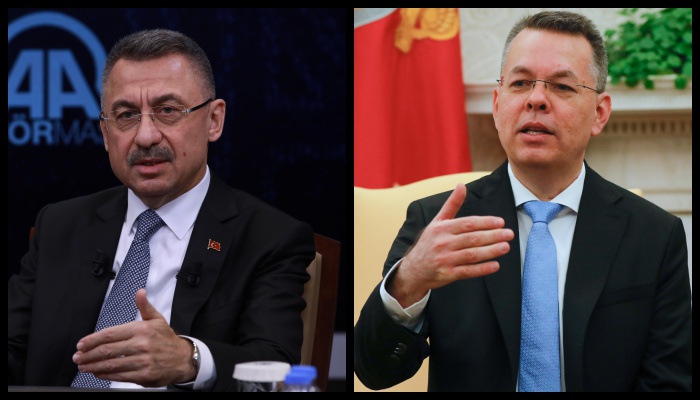 Vice President Fuat Oktay on Monday said Turkey’s problems in relations with the US were never about American pastor Andrew Brunson, who was freed from prison on Oct. 12.

“We did not have any such problem, nor do we it think it still is one,” he said on the state-owned Anadolu news agency’s Editors’ Desk program.

Turkey and the US experienced rocky relations following Washington’s imposition of sanctions over a court ruling to put Brunson under house arrest after almost two years of pretrial detention on terrorism charges, instead of freeing him as demanded by Washington.

Political tensions between the two countries sparked worries in the markets after US President Donald Trump threatened economic pressure to secure Brunson’s release.

After his transfer in July from jail to house arrest, Brunson was sentenced to just over three years in prison but was released due to time served.

Oktay said Turkey would start discussing real problems to normalize ties with the US.