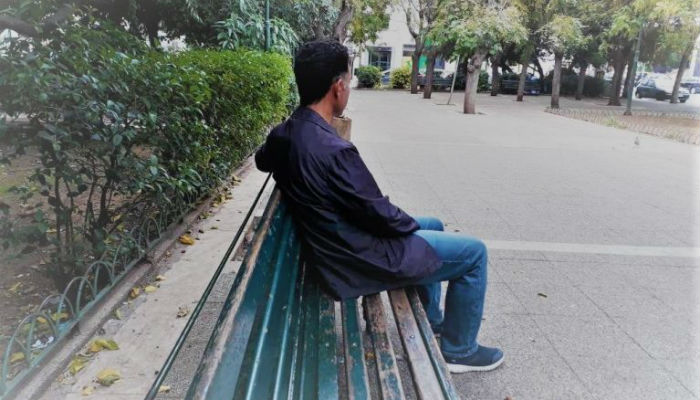 A Turkish teacher who was detained part of an ongoing government-led crackdown on followers of the Gülen movement in the aftermath of a failed coup attempt in 2016 has said he was subjected to various acts of torture, physical violence and threats during the 30 days he was kept under pre-trial detention, the grihat news website reported on Friday.

The teacher, Mustafa K., and his wife Nilgün K., who was five-and-a-half months pregnant, were about to leave Turkey along with their two children on Sept.11, 2016 at Ankara Esenboğa Airport when they were detained by Turkish police on coup charges.

The couple had taught at Gülen-linked schools abroad for 17 years, so they wanted to leave Turkey thinking that the post-coup witch hunt targeting alleged members of the Gülen movement would reach them, too.

Mustafa K. had been denounced by an informant as being a member of the Gülen movement and as a person who was organizing religious conversations on behalf of the movement. The couple was first taken to the Ankara Police Department, then to the counterterrorism (TEM) branch. Mustafa K. was held in police custody for 30 days. He appeared in court on Oct. 10, 2016, released and put under house arrest because of the testimony he was forced to sign while detained.

Nilgün K. was sent to court a few days after she was detained as she became seriously ill while in police custody. The court ruled to release her thanks to the state of her health.

However, Mustafa K. was tortured in police custody. He explained what he had experienced during his 30-day detention in a seven-page letter he gave to the court. He had experienced terrible ill treatment and torture including violent beatings, curses, harassment and nakedness, and they had even threatened him with raping his wife.

Mustafa K.’s trial held at the Ankara 25th High Criminal Court, which ruled to put him under house arrest with an electronic ankle bracelet. Mustafa K. broke the device on Aug.6 after living with it for 14 months and illegally left Turkey for Greece with his family on Aug.11.

Mustafa K. has now expressed his feelings with these words: “We have been in Greece for more than a month. I wasn’t able to feel for 20 or 30 days. I say every morning when I wake up, ‘Oh my God, I hope this is not a dream’.”

According to Mustafa K., there is a special team in Ankara employed to torture detainees in places called “private rooms.” “What happened there cannot be recorded. The threats of the police officers at the TEM branch against Mustafa K. were noted by him for history: ’We can do whatever we want. Your life is worthless. We can write a report and we can take care of everything. Your cost for us will be just a report. We are working for the state and we rule.”

Hundreds of thousands of people in Turkey have been the subject of legal proceedings in the last two years on charges of membership in the Gülen movement since a coup attempt on July 15, 2016, a Turkish Justice Ministry official told a symposium on July 19, 2018.