According to official reports, a team of 12 soldiers landed in the Tunceli highlands on Oct. 22 as part of a military operation. Four days later rescue helicopters were dispatched due to worsening weather but failed to reach the area because of heavy snow.

Twelve soldiers were hospitalized as soon as the rescue team arrived at their camp; however, Ferruh Dikmen and Asım Türkel did not respond to medical treatment and passed away.

The 10 other were discharged after their treatment.

The death of the soldiers sparked a discussion on social media, where thousands of Twitter users used the hashtag #donuyoruz (we are freezing) to criticize officials.

Many believed the soldiers lacked the necessary equipment for winter as the Tunceli Chief Public Prosecutor’s Office and Tunceli Gendarmerie Command launched an investigation.

According to the report, the Turkish army has long tested its uniforms at the Ekoteks Laboratory, a firm used by various textile companies.

On March 22 an executive from Ekoteks told the state-run Anadolu news agency that the Turkish army had been equipped with high technology uniforms that were able to maintain body temperature at a certain level by not allowing cold air to leak into the fabric.

However another executive from the same firm told BBC Turkish service on Sunday that they had not tested uniforms for their endurance to cold weather, which would have required more technical knowledge than they possessed.

A former gendarme also told BBC Turkish service that the commander most probably failed to plan the operation in consideration of weather conditions. According to the report it was laxness that the soldiers’ team had no “plan B” in the event a rescue helicopter could not reach the area. 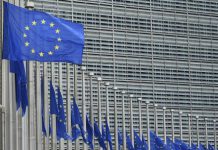 Turkey set to lift access ban on Wikipedia after 32 months