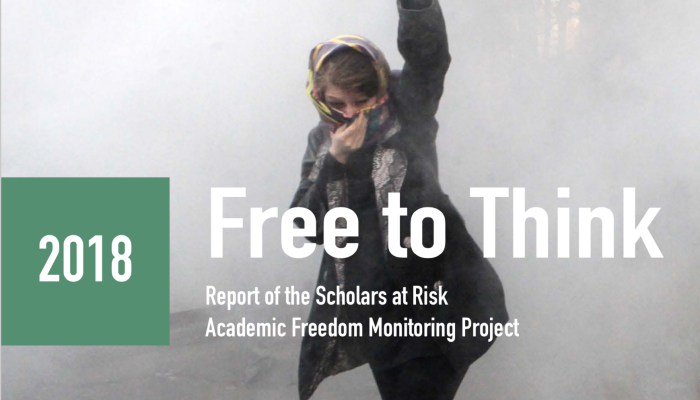 A report by a New York-based initiative for academic freedom, Scholars at Risk (SAR), shows how deliberate attacks by Turkish authorities on university communities have significantly weakened the country’s ability to produce free thinking and compete in the global higher education arena.

In a global initiative SAR analyzed 294 reported attacks, including killings, violence, disappearances, imprisonments, persecutions, losses of position and travel restrictions, against higher education communities in 47 countries that occurred between Sept. 1, 2017, and Aug. 31, 2018.

In the report’s lengthy chapter on Turkey, it said: “Authorities have continued their campaign of sweeping and targeted actions against the country’s higher education sector, aimed at silencing and removing individuals from academia who have endorsed a petition critical of state military actions or who have been accused of association with groups disfavored by the government.”

President Recep Tayyip Erdoğan recently complained about the fact that Turkish universities were not ranked among the 500 top universities around the world. “Although we improved our infrastructure and capabilities in education, there is a big problem in content and the system,” he said on Oct. 19.

The vast majority of the cases cited in the report are related to the persecution of individuals who were allegedly affiliated with the Gülen movement, a network that is accused of orchestrating a coup attempt by the Turkish government, although it denies any involvement.

Also, according to the report, “Since December 2017, court proceedings have commenced against more than 390 academics who had signed the 2016 Peace Petition,” a collective action calling on the Turkish government to halt military operations in the southeastern part of the country that caused the death of more than a hundred civilians and the destruction of parts of several cities and towns.

Turkish authorities accused the signatories of the petition of supporting terrorism.

As a result: “Academic departments have been short-staffed and have been forced to suspend research and teaching activities and even, in some cases, close down. In their 2017 report, Freedom for Academia found an average 11.5 percent decrease in research outputs, across disciplines, by scholars in Turkey; based on production trends since 2008, this translates into 7,000 fewer academic papers in 2017.”

Dismissed academics told SAR they were subjected to a “civil death” due to restrictions on their travel abroad and social pressure preventing them from finding a new job. “Scholars report depression and personal and professional isolation,” SAR said.

“Judges and lawyers may also be hesitant to proceed with cases in such a contentious environment, resulting in long adjournments. Hearing delays may also be a result of haste in issuing warrants and making arrests prior to undertaking investigations and collecting evidence,” the report added.

On a positive note, 139 academic personnel, seven administrative personnel and 27 students previously dismissed or expelled have been reinstated by government decrees since 2016.

SAR also called on leaders of higher education institutions in Turkey to “accelerate the aforementioned actions; to suspend any investigations, prosecutions, detentions, or other pending disciplinary measures; and to ensure due process for all victims under prosecution or in appeals proceedings.”