Erdoğan earlier on Tuesday said the murder of dissident Saudi journalist Khashoggi was premeditated, contradicting a Saudi statement that he was killed during a brawl, and called on Saudi Arabia to extradite 18 suspects to Turkey to stand trial. Underlining Saudi King Salman’s “sincerity” in the investigation thus far, the Turkish president made no mention of his son, Mohammed bin Salman.

“Why did you wait 10 days to inspect the Saudi consulate? You say that those who perpetrated the murder must be stand trial in Turkey. Mr. President, they left Turkey on your watch and under your cover.”

“Those who are aware of special information and let them leave are partners in the murder,” Kılıçdaroğlu said, accusing Erdoğan of bargaining with the Saudi administration for financial support.

“They let them go for money. They said they would handle the issue if the money arrives. This is an insult to the honor of the Republic of Turkey,” he said.

Claiming that the Saudis intentionally chose Turkey instead of the US, Germany or France for the murder due to the weakness of the Turkish government, Akşener said: “Those who slap the face of ambassadors in a TV series to gin up the people in reality can’t ask questions of a consul general.”

Saudi journalist Khashoggi, a critic of the kingdom’s leadership and a Washington Post contributor, was last seen on Oct. 2 entering his country’s consulate in Istanbul. 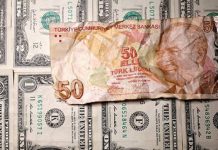