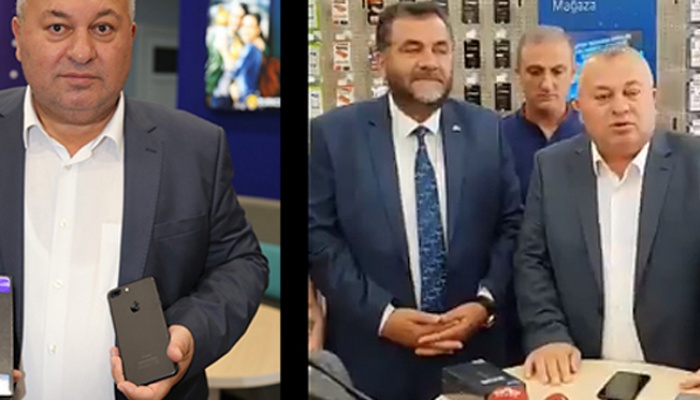 Nationalist Movement Party (MHP) deputy Cemal Enginyurt on Sunday protested the Turkish government’s release of American pastor Andrew Brunson, demanding that iPhone, which he had smashed over the cleric’s case, be returned to him.

“We smashed our iPhones to protest America due to Brunson. Brunson got on a plane and went home. My friends, should I be sorry for Turkey growing distant from the US, or be sad for my smashed iPhone, or be angry about the release of that spy, Brunson. We were left alone. Give me my iPhone back. I am very angry, for your information,” Enginyurt tweeted on Sunday.

Many Turks participated an iPhone smashing frenzy in protest of the US as the political tension between Turkey and the US turned into an economic conflict in August, with the Trump administration doubling tariffs on steel and aluminum imports from Turkey and President Recep Tayyip Erdoğan imposing additional tariffs on products from the US, including alcoholic beverages, automobiles and paper products.

President Erdoğan on Aug. 14 said Turkey would boycott electronic products from the United States in response to the currency crisis caused by US sanctions imposed over the detention of Brunson.

“We will boycott American electronic goods. They may have the iPhone, but there’s always Samsung. We have our Venüs Vestel,” Erdoğan said.

In August, the MHP’s Enginyurt appeared in a video buying a Samsung smartphone and asking a fellow party member to throw his old iPhone on the floor and jump on it. His colleague complied, proclaiming, “The US is being dragged across the floor.”

A Turkish court on Oct. 12 convicted American pastor Andrew Brunson of aiding terrorism but sentenced him to time served and ordered his immediate release.