On Wednesday, which marked the third anniversary of the biggest terrorist attack in the history of the Turkish Republic, Turkey’s ruling Justice and Development Party (AKP) and Nationalist Movement Party (MHP) turned down a parliamentary motion by the pro-Kurdish Peoples’ Democratic Party (HDP) to investigate alleged negligence that could have paved way for the tragedy, Turkish media reports have said.

A total of 103 people were killed and more than 400 were injured on Oct. 10, 2015 when two Islamic State in Iraq and the Levant (ISIL) suicide bombers blew themselves up outside Ankara’s central train station during a demonstration calling for peace in the country.

The HDP announced in a tweet on Wednesday that the parliamentary motion the party submitted to Parliament for an investigation into the negligence in the attack with the goals of preventing similar massacres in the future and making a contribution to the judicial process was rejected by AKP and MHP votes.

In August, a Turkish court sentenced nine ISIL suspects to life in prison on charges of violating the constitutional order, murder and attempted murder for their involvement in the Ankara attack.

Families of the victims insist the attack was not thoroughly investigated and say officials who may be guilty of negligence have not been held to account. 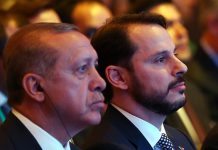