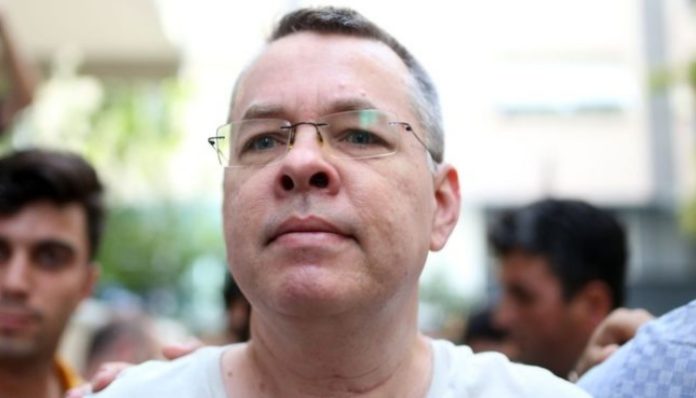 The testimony of two new secret witnesses will be presented by the prosecutor to a Turkish court during American pastor Andrew Brunson’s hearing scheduled for Friday, according to the pro-government Hürriyet daily.

Brunson was arrested in October 2016 on terrorism charges during a state of emergency declared immediately after an abortive putsch.

The indictment against him was largely based on a secret witness, code named “Dua” (prayer in Turkish), who accused Brunson of collaborating with the Gülen movement and the outlawed Kurdistan Workers’ Party (PKK).

The secret witness claimed that Brunson was trying to convert Kurds living in İzmir to Christianity.

The new secret witnesses, code named “Kılıç” (sword in Turkish) and “Kama” (wedge in Turkish), reportedly accused Brunson of exerting efforts to convert Alevis as well as Kurds to Christianity.

According to the Hürriyet report, these testimonies were given in June but not previously presented to the court.

Turkish authorities accuse the Gülen movement of orchestrating the foiled coup, even though the movement strongly denies any involvement. During the state of emergency, Turkish courts arrested dozens of foreign nationals on terrorism charges, mostly on accusations of Gülen links.

Many people, including US Secretary of State Mike Pompeo, were expecting the American pastor to be released on Friday.