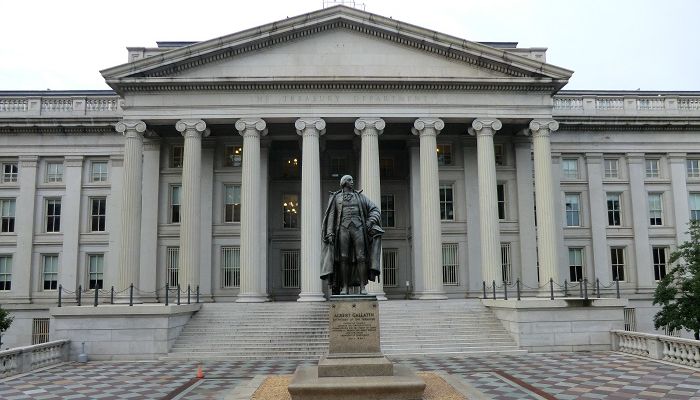 North Korea has now been added to the short list of rogue states the Islamist government of Turkish President Recep Tayyip Erdoğan has been found to have been aiding and abetting in a clandestine effort to undermine the global security system, most specifically the transatlantic alliance that Turkey has been a part of since World War II.

A close examination of Turkish individuals and companies designated by the US Department of the Treasury’s Office of Foreign Assets Control (OFAC) last week reveals how Iran and North Korea tapped the territory of NATO ally Turkey as a place to conduct illicit arms and business dealings in violation of UN Security Council (UNSC) resolutions and in violation of longtime ally US sanction laws. OFAC designated Istanbul-based firm SIA Falcon International Group, its sole owner Hüseyin Şahin and its general manger Erhan Çulha for involvement in weapons and luxury goods trade with North Korea.

It is simply not possible for the company and these individuals to operate easily and without attracting scrutiny in a weapons market that is closely regulated and subject to rigid set of rules. Their smooth operation can only be explained with a latent political cover provided by the Erdoğan government, which is well documented to be sleeping with the enemies of Turkey’s allies such as Iran and other troublesome states. When it comes to North Korea, Erdoğan also enjoys the support of an ultranationalist group led by Doğu Perinçek, whose operatives occupy key positions in the government, especially in the military, intelligence, judiciary and police. The group’s mouthpiece, the Aydınlık daily has consistently endorsed North Korea against the United States, which is in line with its traditionally staunch anti-Western stance.

Although the US Treasury press statement does not say anything about Iran, my investigation into trade registration papers filed by a few companies owned by Şahin uncovered an Iranian link to the story. One of his companies is listed as SIA Falcon Enerji A.Ş., an energy firm that was originally set up on Feb. 14, 2012 in Istanbul’s Şişli business district under the name of Şah Enerji A.Ş. At a board meeting held on Jan. 19, 2016, he brought Iranian national Ahmed Reza Alami Benis in to the company and made him deputy chairman of the board. Ahmed Reza, a resident of Tehran, has been allowed to conduct business in Turkey under foreign national tax ID number 0510270795. Turkish citizens İdris Karakalle and Erdinç Genç were listed as the company’s authorized officers at the board meeting according to papers filed with the Trade Registry.

On Aug. 5, 2016 the company moved its office from Şişli to Ataköy, a district where the Islamic Revolutionary Guards Corps (IRGC) Quds Force is found to have maintained several safe houses for Iranian intelligence agents and assets. Ahmed Reza resigned from the company on Nov. 15, 2016, leaving Şahin in full control. It is not clear why he asked for his name to be removed from the Trade Registry, but this fits into the modus operandi of front companies that were created to hide illicit activities. The company’s name was also changed to SIA Falcon Enerji A.Ş. at the general council meeting. In May 2017 the company filed papers asking to again change the business location from Ataköy to Şişli. On March 19, 2018 Şahin again changed the firm’s name to SIA Falcon Insaat Enerji ve Turizm Sirketi A.Ş., adding construction and tourism as the sectors in which the company would start doing business. The swift name and board changes suggest something fishy going on with this company. It is quite possible that Şahin and his associates were forced to take new positions in response to growing international pressure on Iran and North Korea and help move funds and goods easily with new schemes.

It is interesting to see that the US Treasury did not include this company under entities sanctioned by the US while listing other companies owned and operated by Şahin and his associates. Perhaps its scope falls under the Iranian sanctions category rather than North Korea and that it was omitted deliberately by OFAC from this recent designation. The main business firm that was highlighted by the US government is the SIA Falcon International Group, which also includes its energy arm. The origin of SIA Falcon goes back to 2005, when it was initially established, on July 27, 2005, by Turkish partners Gürbüz Aydemir, Cevdet Kızılkaya, Metehan Uyan, Murat Akbaba and Erhan Aydoğdu. Back then, it was registered under the name of GC Grup Otomoti̇v Sanayi̇ ve Ti̇caret A.Ş., which was headquartered in Istanbul’s Ortaköy district. As the name suggested, it only operated in the automotive industry and trade. Aydemir was chairman of the board while Kızılkaya and Uyan were listed as board members. Two weeks later, the firm changed its name to Atacar Grup Otomoti̇v Sanayi̇ ve Ti̇caret A.Ş., and Kızılkaya was replaced by a woman identified as Filiz Cacına.

On May 31, 2006 Aydemir, Uyan and Cacına left the board, paving the way for Akbaba and newly enlisted members Necati Köksal (who later became the chairman) and Ahmet Şevki Özkan to join the board. On Aug. 18, 2006 Şahin replaced Köksal  and became chairman of the board, and Turkish nationals Ahmet Şevki Özkan and Çetin Turaneri were named board members. Köksal assumed the post of auditor after stepping down as chairman. On Jan. 30, 2007 the company added defense and foreign trade to its name while increasing its capital. At the same time, it was renamed Atacar Otomoti̇v ve Savunma Sanayi̇ Dış Ti̇caret A.Ş. On Nov. 14, 2016 the company again changed its name to SIA Falcon Savunma Sanayi A.Ş. By that time, Şahin and his relative Çiğdem Şahin Göltepe had consolidated their full control of the firm. The company’s scope of business activities was expanded further on Feb. 15, 2018 when it made changes to its bylaws that allowed the firm to operate more extensively in the highly controlled market of defense materiel, military hardware, explosives and arms. Just like in the energy company, both Karakalle and Genç were involved in the defense arm of the SIA Falcon group run by Şahin.

The third company that was owned by Şahin and his associate Murat Şahin is SIA Falcon International Tarim ve Hayvancilik Ltd. Şt., which operates in the areas of agriculture, oil, automotive, animal husbandry, construction, iron and steel, and forestry according to papers filed. On March 16, 2017 Şahin registered another company named SIA Falcon Balik Restoran İşletmeleri Turizm Gida Ltd. Şt. under the name of Göltepe, which is located in the Beylikdüzü district of Istanbul. The firm’s business dealings cover the restaurant, food, seafood and tourism sectors. In 2007, Şahin also started a petroleum, foreign trade and defense firm called İmpek Diş Ticaret Turizm Petrol İşletmeciliği ve Savunma Sanayi A.Ş. in cooperation with his partners Turaneri and Murat Şahin. On Aug. 4, 2015 he transferred the company’s shares to businesspeople Elif Keskinel Ülker, Şeyma Demirhan and Mehmet Aktaş.

Çulha, the second Turkish national designated by the US Treasury, previously served as a board member in Turkish machinery company Turbo Teknik Sanayi ve Ticaret A.Ş., whose chairman of the board is a Dutch national identified as Victor Laurentius Maria Dullaart and whose board member is a Turkish national named Feride Kartal. Çulha was also a partner in two Turkish companies, Erc Sanayi Ticaret ve Nakliye Ltd. Şt. and Yenal Gida Sanayi ve Ticaret Ltd. Şt. Dutch citizen Dullaart was also an investor and partner in the former, i.e., Erc Sanayi Ticaret ve Nakliye Ltd. Şt., when the firm was called Balaban Sinai Mamuller Ticaret Ltd. Şt. before a name change filed on June 30, 2011.

It is troubling to see that two Turkish nationals, Şahin and Çulha, were identified by OFAC as doing business with Ri Song Un, the economic and commercial counselor at the North Korean Embassy in Mongolia. Ri Song Un, also designated by OFAC, was hosted by SIA Falcon officials in Turkey in 2018 in order to negotiate trade deals involving weapons and luxury goods. “SIA Falcon International Group and individuals acting on its behalf are blatantly attempting to flout longstanding UN sanctions on trade in weapons and luxury goods with North Korea. The international community must not stand idly by as UN sanctions are being circumvented,” Treasury Secretary Steven Mnuchin was quoted as saying in the OFAC press release.

The designations mean that properties and assets of these people will be blocked and that US nationals are prohibited from doing business with these people. The move also sends a strong message to the Erdoğan government that the United States will not hesitate to go after Turkish firms and nationals when they blatantly and deliberately circumvent UN sanctions or violate US laws against rogue states such as Iran and North Korea, which pose serious security challenges to the world.

To me, this story smells quite bad as one attempts to dig deeper and certainly gives the impression that one might uncover more dirt when peeling off the layers one after another. In any case, it is quite a pity that Erdoğan’s cozying up to international pariah states now includes North Korea along with Venezuela and Iran, while Turkey’s long-time relations with NATO allies continue to suffer. This may also create an irritant for the Erdoğan government’s relations with South Korea, which considers Turkey a close friend and partner.