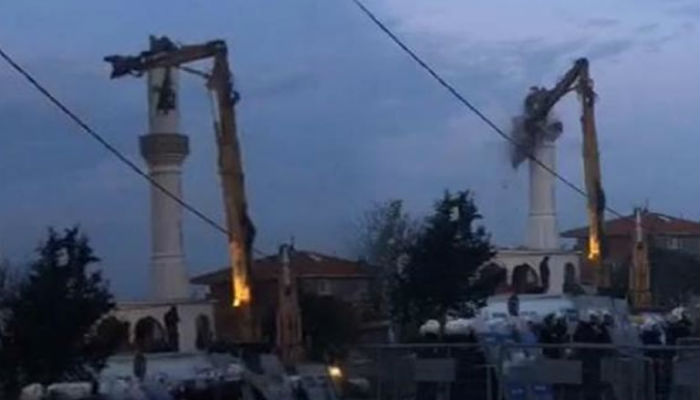 The Esentepe Mosque in the Kirazlıtepe neighborhood of Üsküdar, on the Anatolian side of İstanbul, was razed by municipal teams as part of an urban transformation project in the early hours of Friday despite opposition from the residents of the area.

Some neighbors who tried to stop the demolition of the mosque were briefly detained by riot police, who used pepper spray and pressurized water to disperse the crowd.

During a TV program on Halk TV, Gergerlioğlu said: “There are claims that the land of the mosque will be sold to Qatar. It has a beautiful view [of the Bosporus]. These claims are very significant.”

Qatari Emir Al Thani recently gave a specially equipped Boeing 747-8, valued at $400 million, to Turkish President Recep Tayyip Erdoğan as a present. Erdoğan attracted widespread criticism for accepting this luxurious and expensive present, and opposition parties called on him to give the airplane back to the emir.

In the meantime, residents of the Kirazlıtepe neighborhood on Friday held Friday prayers outdoors in the wreckage of the mosque.