German security agencies have identified a police officer who reportedly informed the Turkish intelligence service through the Turkish Embassy of the addresses of Turkish dissidents living in Berlin, according to the German Der Tagespiegel daily.

The Berlin police on Wednesday tweeted: “If the suspicion of transmission of sensitive data to the Turkish Embassy against one of our colleagues in the course of the ongoing investigation by the prosecutor and the LKA is confirmed, it is not just a breach of service but a serious offense, and such damage caused by an individual cannot be reversed.”

The suspected police officer is reportedly of Turkish origin.

Several Turkish agents have been active in Germany. The Hamburg Higher Regional Court in 2017 sentenced a 32-year-old Turkish citizen to two years in prison on espionage charges on behalf of the Turkish intelligence service. The man had been investigating Kurdish clubs in Germany.

Turkish President Recep Tayyip Erdoğan landed in Germany on Thursday for a state visit that has sparked protests from several Turkish and Kurdish groups living in the country.

EU will not agree to Libya deal unless Turkey accord scrapped: Greek PM 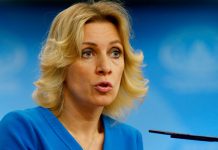