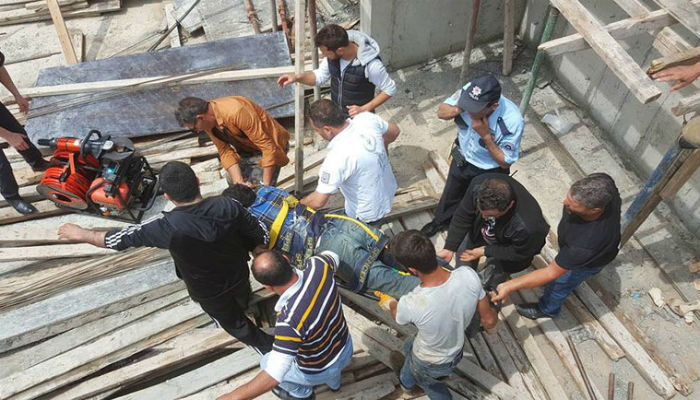 A report drafted by Turkey’s main opposition Republican People’s Party (CHP) shows that a total of 21,800 workers have been killed in work-related accidents in the country since the ruling Justice and Development Party (AKP) came to power 16 years ago.

The report was drafted by CHP Ankara deputy Tekin Bingöl.

According to the report, Turkey leads Europe in the number of work-related fatalities, with four workers losing their lives every day.

The report says the number of female workers killed in work accidents is on the rise. Seven hundred twenty-two women were killed in work accidents between 2013 and in the first six months of 2018. Ninety percent of female workers are not members of any labor union, and 75 percent of them work in the informal economy. In the same period, 319 child workers also died in work-related accidents.

The report also provides information about workers who committed suicide for work-related reasons. Fifteen workers committed suicide in 2014, 25 in 2014, 59 in 2015, 90 in 2016 and 89 in 2017 due to reasons related to their jobs. The report cites long working hours [more than 12 hours a day), oppressive working conditions, psychological pressure applied by their employers, stress, lack of a permanent job, low salaries and unpaid extra work as the reasons leading the workers to take their own lives.

The construction, agriculture and mining sectors lead in the number of work accidents due to the rapid growth of these sectors, competition and the lack of supervision of work conditions, according to the report.