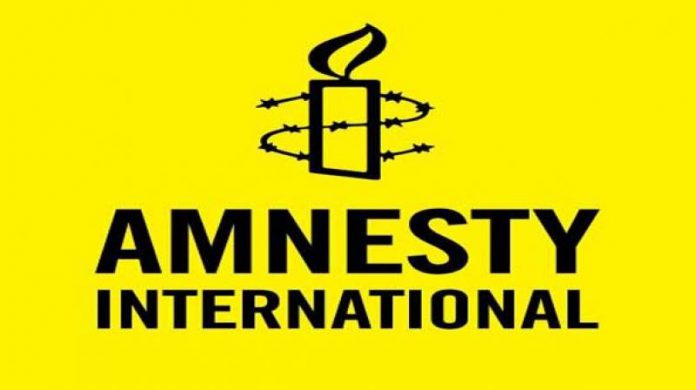 Human rights group Amnesty International has slammed a recent order by an İstanbul court to arrest 24 construction workers and union leaders pending trial and said the move is a blatant attempt by the Turkish authorities to silence legitimate protest.

The workers and union leaders were among the hundreds of others who had been in police custody since Sept.15 following protests in İstanbul over working conditions at the construction site of a new airport due to open in the city next month. Clashes ensued after police intervened to end the protest.

“Rather than stifle legitimate peaceful protest with water cannons, tear gas and detentions, the Turkish authorities must listen to the complaints of the workers and ensure they have a safe and dignified place of work,” said Andrew Gardner, Amnesty International’s Turkey expert in a statement on Wednesday.

Workers complained of inhumane working and living conditions at the site and a lack of workplace safety as well as delays or omissions in receiving their salaries and social security payments.

In February 2018, the then-minister of Labor and Social Security said that 27 workers had died since the construction began in May 2015, including deaths arising from health problems and traffic accidents around the site. However, workers and trade unions say the number is much higher.

The workers and union leaders under arrest are accused of preventing public servants from carrying out their work, forcing or threatening others to stop or suspend work, damaging public property and participating in the protest with weapons. However no evidence to substantiate these charges was presented at the court hearing.

“People have the right to safety at work, to organize and to peacefully protest,” said Gardner. The misuse of the criminal justice system and intimidation of these workers not only violates their human rights, it also only serves to heighten tensions.”