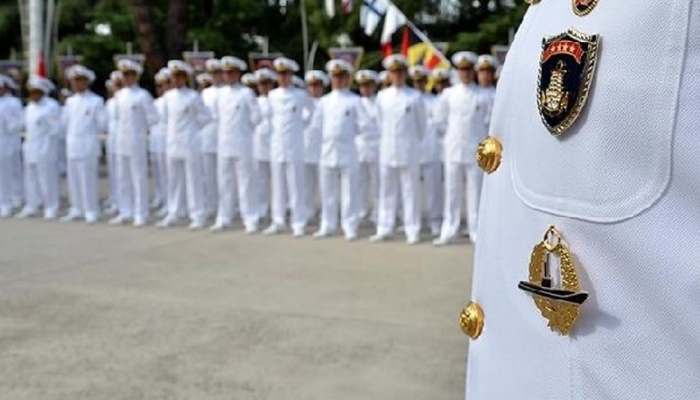 A Turkish officer who had previously developed an algorithm for profiling individuals for ties to the Gülen movement has scrutinized some 800,000 people, including former and active duty military members, their spouses and children, to ferret out some 4,500 Gülen-linked officers in Turkey’s Naval Forces.

According to a report on the T24 news website on Tuesday, the algorithm, developed by deputy chief of the Naval Forces Adm. Cihat Yaycı, is referred to as the “FETÖ-meter,” derived from the derogatory term “FETÖ,” which is used widely in the Turkish media to describe the Gülen movement as a terrorist organization.

The Gülen movement is accused by the Turkish government of masterminding a failed coup attempt in July 2016, an allegation categorically denied by the movement and its leader Fethullah Gülen, a cleric living in self-imposed exile in Pennsylvania.

For the profiling of officers, Yaycı organized a team of officers he knew personally and some officers who were previously prosecuted in several cases that are now referred to by the Turkish media and government figures as conspiracies by Gülen-linked figures.

Seventy main criteria and 249 sub criteria form the basis of the software used in the profiling process in order to analyze in detail the individual data of the officers under scrutiny, which was provided by several ministries and other institutions.

An earlier report on the algorithm published in January of this year by the pro-government Sabah newspaper had revealed that the data to be analyzed would pertain to the officers’ scores on several nationwide civil service-related tests, their spouses’ workplaces and the schools of the officers’ children, financial transactions at the Gülen-affiliated Bank Asya, use of the ByLock mobile messaging app and suspect and witness testimonies as well as whether or not these officers served on the interview or examination boards that confirmed the new recruits during periods when Gülen movement members were considered to be influential within the institutions.

In July Cafer Topkaya, a naval officer serving at NATO headquarters in Brussels during a coup attempt in Turkey in July 2016 who was later recalled to Turkey and held in detention for 16 months, spoke up on his Twitter account and denounced his imprisonment as a result of defamation by Yaycı.

Since the coup attempt, tens of thousands of army members have been dismissed from the service, many of them arrested. These former military officers were also the subject of many of the allegations of mistreatment and torture in prisons during the two-year-long state of emergency declared after the abortive putsch in 2016.