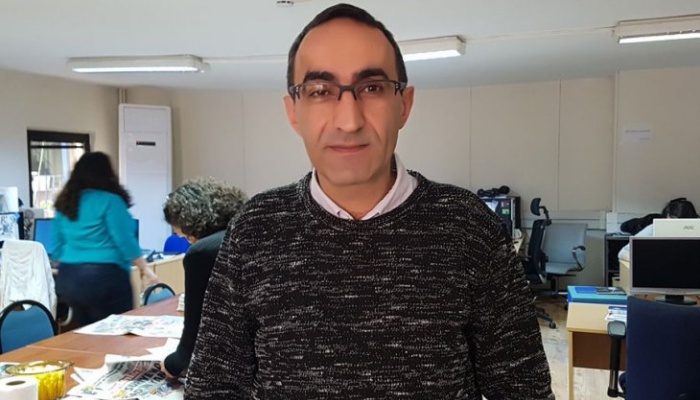 Fatih Polat, the editor-in-chief of Turkey’s leftist Evrensel daily, will pay a fine of TL 10,000 (around $1,500) for revealing the identity of a minor in a report published in 2012, the Evrensel daily reported on Thursday.

Polat, who was the daily’s responsible managing editor at the time, faced a lawsuit for revealing the identity of a suspect below the age of 18 in a report published on May 23, 2012. The article concerned the detention of a student in a classroom at a high school in the eastern province of Kars for chanting illegal slogans during a protest.

The 21st article of the Turkish Press Law prohibits revealing the identity of suspects or victims below the age of 18 in publications and stipulates a fine ranging from TL 1,000 to TL 21,000 for contravention of the law.

Polat stood trial at the İstanbul 2nd Penal Court of First Instance, which ruled in May 2013 to impose a TL 10,000 fine but suspended execution of the punishment.

Polat was subsequently given a sentence for another crime related to journalism, so he was retried by the İstanbul 2nd Penal Court of First Instance for the first crime.

The court made its final ruling on Thursday and imposed the earlier fine on the Evrensel editor-in-chief.

Polat’s lawyer will appeal the court’s decision, the daily said.