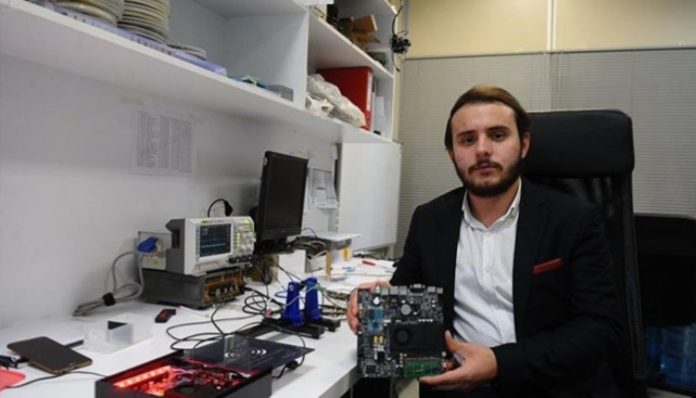 An electronic motherboard that was allegedly developed by a young Turkish entrepreneur has turned out to be a Chinese product, the pro-government Güneş daily reported on Tuesday.

The Güneş newspaper, Anadolu news agency, İhlas news agency and Demirören news agency all recently reported on the motherboard, presenting its alleged developer, 18-year-old Ferit Borku, to have produced it on his own.

These media outlets claimed that Borku, who lives in Turkey’s western province of Bursa, developed the motherboard by making an investment of around TL1 million, adding that the young man is awaiting financial support from the state to move forward with his research.

They also said Borku conducted his work with a team he established under the supervision of Turkey’s Science and Technology Ministry over a span of two years.

However, the Güneş newspaper on Tuesday reported that the motherboard was actually the same as a model sold on Chinese online shopping websites.

“He expects incentives for fraud,” the daily said in its headline, reporting that Borku did not even produce a single piece of the motherboard and shamelessly sought state support for it.

According to the paper, the motherboard is a product of Chinese technology giant Dianjitek that was put on the market three years ago as model ITX-K37X67 V1.4.

Borku reportedly made minor changes to the motherboard, which he purchased for $120.