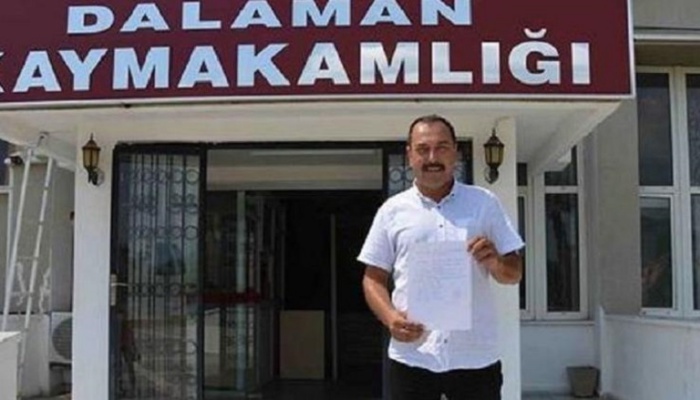 A man in Turkey’s western province of Muğla has decided to change his surname, Dolar, in response to the ribbing he’s received because of the steep loss in value of the Turkish lira against the US dollar, the Habertürk newspaper reported on Wednesday.

Ferhat Dolar, 48, who works as an electrician in Muğla’s Dalaman district, said he decided to change his last name due to the jokes about his surname sparked by the recent currency crisis.

Turkey has been facing a currency crisis since its relations with the US administration were dramatically strained over a court decision last month to put American pastor Andrew Brunson under house arrest after almost two years in pretrial detention rather than release him as demanded by the US administration.

Dolar submitted a petition to the Dalaman District Registry Office requesting that his surname be changed to “Dalar” from the current “Dolar.”

The man said he made the decision to change his last name because people began to make fun of it with the onset of the currency crisis.

“People are asking me questions like ‘How many Turkish lira are you today? Have you fallen or risen? Let’s hit Dolar’s head so that it falls. … I’ve never had any US dollars. I don’t have any US dollars to exchange, but I do have a surname that I can change,” said Dolar, adding that he expects his brothers to take a similar step.

Turkish President Recep Tayyip Erdoğan has been calling on Turks to exchange US dollars for Turkish lira.

Turks are finding unique ways to react as the political tension between Turkey and the US turns into an economic conflict, with the Donald Trump administration doubling tariffs on steel and aluminum imports from Turkey and President Erdoğan imposing additional tariffs on products from the US, including alcoholic beverages, automobiles and paper products.

Turks have been protesting the dollar’s increase in value against the Turkish lira by burning dollar bills and smashing iPhones with sledgehammers. In a similar move, the ruling Justice and Development Party’s (AKP) youth branches protested Turkey’s political crisis with the Netherlands by stabbing and squeezing oranges last year.