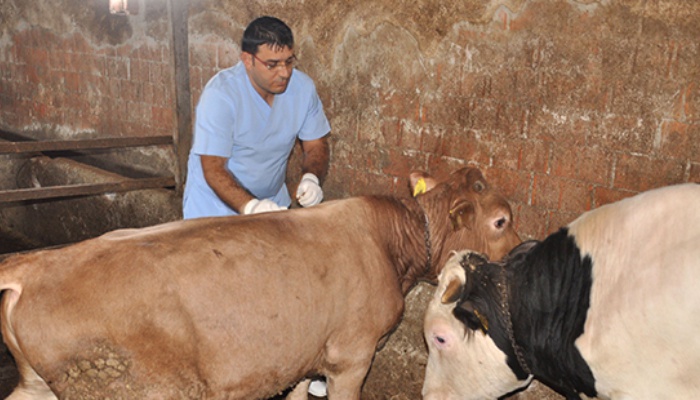 Turkey’s Meat and Milk Board has confirmed that anthrax was detected at a farm in the Gölbaşı district of Ankara where cattle imported from Brazil were kept, the Cumhuriyet daily reported.

According to a written statement from the board, “There is nothing to be concerned about because the infected meat was not released to the market.”

But the board failed to mention that 50 out of 3,959 cattle had died of anthrax.

According to a T24 news website report, the board vaccinated more than 10,000 animals at farms in the area.

The cattle were imported from Brazil just before Eid al-Adha, the Muslim festival during which animals are sacrificed to God.

Speaking to Cumhuriyet, villagers said dogs and birds ate the meat of the dead cattle, which had been dumped near a creek next to the farm. The bodies of the animals were finally buried three days after the anthrax was detected.