Joachim Löw has rejected Mesut Özil’s accusations of racism within the German FA (DFB) as the head coach gave his analysis of Germany’s World Cup debacle on Wednesday, AFP reported.

“Mesut made allegations of racism, but I can clearly say that in the DFB, there have never been racist comments,” Löw said while announcing his squad would face world champions France in Munich on Sept. 6, then Peru three days later.

“The players with an immigrant background have always enjoyed playing for us, and nothing has changed,” added Löw, who has been head coach since 2006.

Arsenal midfielder Özil retired from international football on July 22 with a stinging three-page statement in which he directly accused DFB president Reinhard Grindel of racism.

This is the first time Löw has commented on the Özil saga.

“His advisor called me to inform me that Mesut would issue the third part of his statement,” added Löw.

“The player himself did not call me, which normally players have done in the past.

“Mesut has still not called and for the last two weeks I have unsuccessfully tried to reach him.

“I am sure there will be a chance for a personal conversation in the future.

“He has chosen this path – I have to accept that.”

Özil and İlkay Gündoğan, who were both born in Germany to Turkish parents, sparked a political storm on the eve of the World Cup by meeting Turkish President Recep Tayyip Erdoğan.

When Erdoğan’s office put out pictures of the meeting, the pair’s loyalty to Germany was hotly questioned, sparking fierce debate about integration, and they were attacked by German far-right politicians.

Özil walked away from the German setup after the World Cup, complaining of facing “racism and disrespect” and specifically took aim at Grindel.

“In the eyes of Grindel and his supporters, I am German when we win, but I am an immigrant when we lose,” Özil wrote. 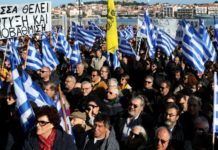 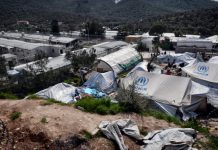