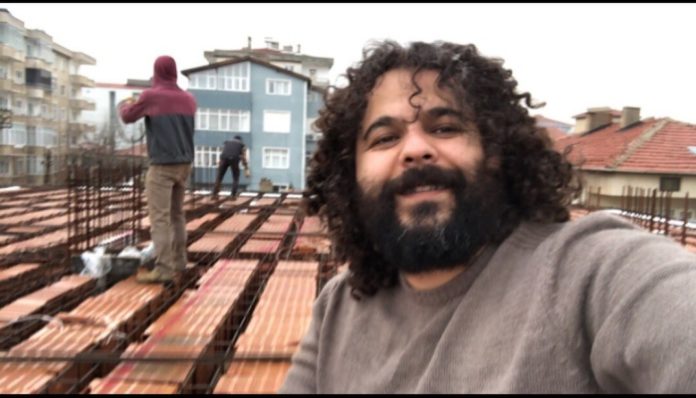 Orhan Kaya, an academic who was removed from his post at a Turkish university by the government for signing a peace declaration in early 2016 earns his living as a construction worker now, the T24 news website reported on Friday.

Kaya, who used to teach at Abant İzzet Baysal University in Bolu province, was fired from the university by a government decree for signing the peace declaration, which called on the Turkish government to halt operations by security forces in southeastern Turkey, restore peace to the nation and return to the negotiating table to restart shelved talks with the Kurds to find a peaceful solution to the Kurdish issue. A total of 1,128 academics signed the declaration, which attracted widespread criticism from the government.

Kaya posted some photos of himself on his Twitter account working at a construction site with a message saying, “We will never give up resisting, hoping, creating and making an effort.”

Kaya was one of 18 peace declaration academics who were dismissed by Decree No. 701.

While leaving his post at the university, he said an investigation was launched into him for three times and for all times he said he has no regrets for signing the peace declaration and would do the same again.

9 people injured in Somalia terrorist attack flown to Turkey for...