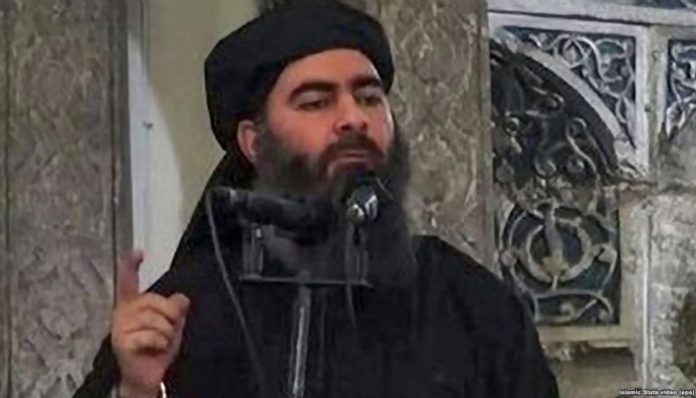 The leader of the Islamic State in Iraq and the Levant (ISIL), Abu Bakr al-Baghdadi, who apparently resurfaced on Wednesday, said in a purported audio recording that Turkey’s refusal to release a detained American pastor despite pressure from the US shows the US’s weakness.

The 54-minute audio titled “Give Glad Tidings to the Patient” was released by the extremist group’s central media arm, the al-Furqan Foundation, Wednesday evening.

Tensions are running high between the US and Turkey over a Turkish court decision to put American pastor Andrew Brunson under house arrest after almost two years in pretrial detention rather than release him as demanded by the US administration.

Following the court ruling US President Donald Trump and Vice President Mike Pence threatened to impose “large sanctions” on Turkey if Brunson were not freed. Trump administration recently doubled US tariffs on Turkish aluminum and steel imports to 20 percent and 50 percent, respectively.

In Wednesday’s recording, al-Baghdadi congratulated followers on the occasion of the Muslim al-Adha feast and made references to current events including Turkey’s row with the US over its detention of American pastor Brunson.

The alleged voice of al-Baghdadi says Turkey not releasing Brunson despite pressure from the US shows the US’s weakness, adding that “America is going through the worst time in its entire existence” and that Russia was competing with the US for regional influence and clout.

The whereabouts of al-Baghdadi and the question of whether he is dead or alive have been a continuing source of mystery and confusion. The group has lost around 90 percent of the land it once controlled in Iraq and Syria, where the group declared a caliphate in June 2014.

Al-Baghdadi’s last audio message was on Sept. 28, 2017 in which he called on his followers to burn their enemies everywhere and target the “media centers of the infidels.”

Al-Baghdadi’s whereabouts are unknown, but he is believed to be hiding in the desert in the Syrian-Iraqi border region.