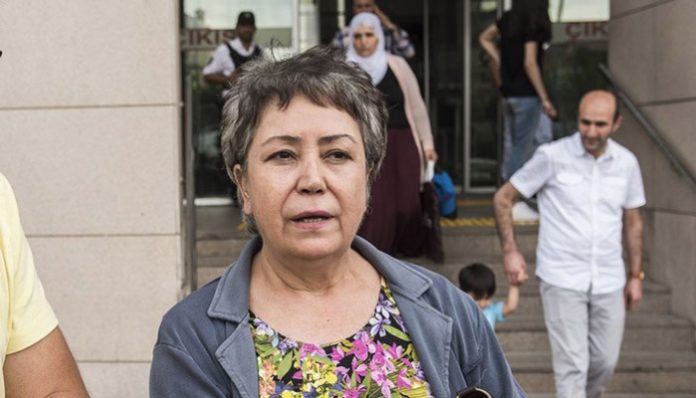 Oya Berberoğlu, the wife of jailed Republican People’s Party (CHP) deputy Enis Berberoğlu, has lashed out at the lack of justice in Turkey, saying that her husband is unlawfully being kept behind bars despite having parliamentary immunity.

Berberoğlu, a former journalist, was first sentenced to 25 years in prison on espionage charges in 2017 for giving the Cumhuriyet daily a video purporting to show Turkey’s National Intelligence Organization (MİT) trucking weapons to radical Islamist rebel groups in Syria.

After a long appeals process, his sentence was reduced to five years, 10 months in jail in February of this year.

The CHP had appealed to the top court to release him on the grounds that he was granted immunity from prosecution after being re-elected as a lawmaker in the June 24 elections, adding that his prosecution should be suspended until he is stripped of his seat in parliament.

The Supreme Court of Appeals rejected the appeal on July 20, prompting the CHP to appeal to a higher chamber within the court, which was expected to assess his case last week.

The lack of a decision from the court before the Eid al-Adha holiday, which begins on Tuesday, apparently disappointed Berberoğlu’s wife, who is also a journalist.

In a statement on Tuesday Oya Berberoğlu said her husband is being unlawfully kept in Maltepe Prison in İstanbul although he reacquired parliamentary immunity for 15 months, adding that this situation is also against the Turkish Constitution.

She said she had expected justice to be served by noon on Monday but was disappointed due to the lack of a court decision in favor of her husband.

“We trusted the judiciary of this country, but my confidence in justice has eroded. Unfortunately, there is a [judicial] structure that changes according to the political winds. There can be no such justice or judicial system. There is neither the rule of law nor the separation of powers in this country. All of them have been destroyed,” said Berberoğlu.