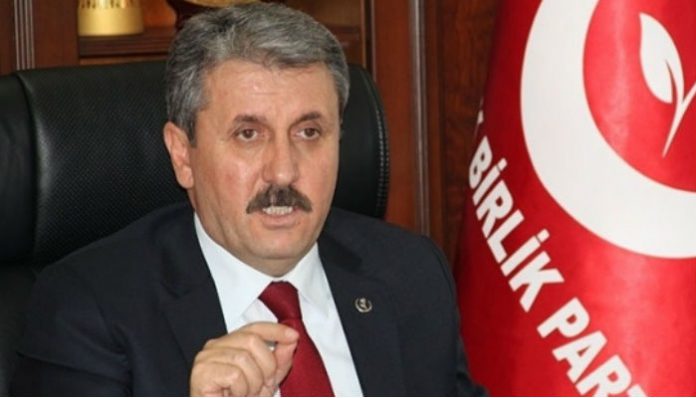 Mustafa Destici, chairman of Turkish government ally the Grand Unity Party (BBP), has said people who are pleased with the Turkish lira’s fall against the US dollar and who are promoting a loss of faith in the lira among the public should be stripped of their Turkish citizenship, the Diken news website reported on Wednesday.

Linking the currency fall to a coup attempt in 2016, Destici said, “They are trying to achieve what they couldn’t with weapons by means of the dollar and economic manipulation.”

“People who are happy about the economic sanctions applied by the US, who applaud the economic manipulation, who can’t accept the growth, power and independence of Turkey should be identified and put before of the public,” Destici stated.

Arguing that revocation of citizenship is necessary for those people, he added, “They can go live in the countries they serve since they’re tools of those countries.”

Destici’s suggestion came after a speech by Turkish President Recep Tayyip Erdoğan to the business community on Sunday, saying businessmen who buy US dollars should understand that they will face “plans B and C,” without elaborating on the plans.

Turkey’s Interior Ministry on Monday said it was taking necessary legal measures on social media posts regarding the dollar exchange rate that create a negative perception of the economy.

The statement said 346 social media accounts that posted comments about the weakening of the lira “in a provocative way” have been identified since Aug. 7 and that legal action has been initiated.

The lira has been in free fall, losing more than 40 percent of its value this year against the dollar, with a political crisis between Turkey and the US leading to economic sanctions.