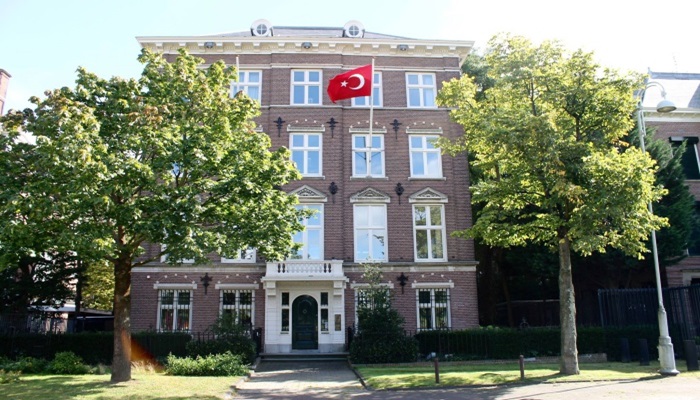 A man was arrested after throwing spray paint cans and Molotov cocktails at the Turkish Consulate in Amsterdam on Saturday night, causing a small fire in its front garden, Reuters reported, citing Dutch national broadcaster NOS.

No one was injured in the incident, it said.

The NOS cited the Turkish consul, Tolga Orkun, as saying the man was a 34-year-old Dutchman. Dutch police did not disclose the man’s nationality or possible motive but confirmed an arrest took place shortly after the incident occurred on Saturday evening.

Orkun said the man threw three homemade devices at the consulate and that security footage showed that two of them — a cluster of spray paint cans held together with tape and a Molotov cocktail — failed to ignite. The third, another Molotov cocktail, caused the fire in the garden, he said.