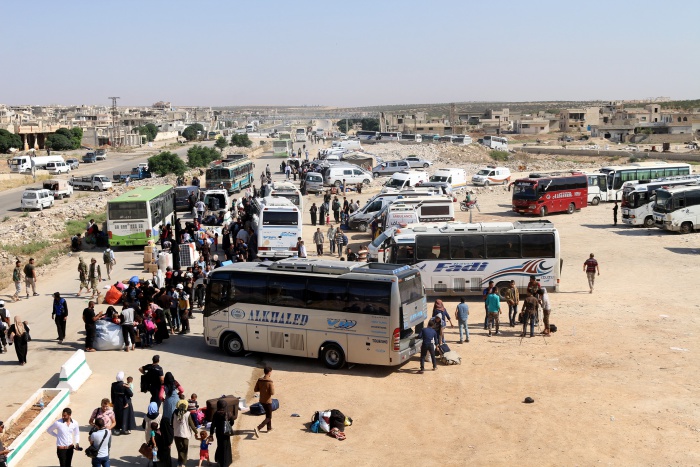 United Nations humanitarian adviser Jan Egeland has said the UN is making preparations for a battle in Syria’s rebel-held Idlib and will ask Turkey to keep its borders open to allow civilians to flee if the need arises, Reuters reported on Thursday.

Russia, Iran and Turkey told a meeting of the Syria humanitarian taskforce on Thursday that they would do their utmost to avoid a battle that would threaten millions of civilians in rebel-held Idlib, Egeland said.

He estimated there were 4 million or more people in the potential battleground in northwest Syria and that he hoped diplomats and military envoys could reach a deal to avoid a “bloodbath.”

According to a recent World Health Organization (WHO) monthly report, a military offensive targeting Idlib by the Russian-backed Syrian Army would displace 250,000 to 700,000 people, Deutsche Welle Turkish service reported on Wednesday.

After the Syrian army recaptured the southern and southwestern parts of the country, rebels who agreed to disarm moved to Idlib. A UN official estimated that the population of the city has reached 2.5 million.

According to UN data, 6.2 million Syrians have been displaced since 2011, when the civil war started.