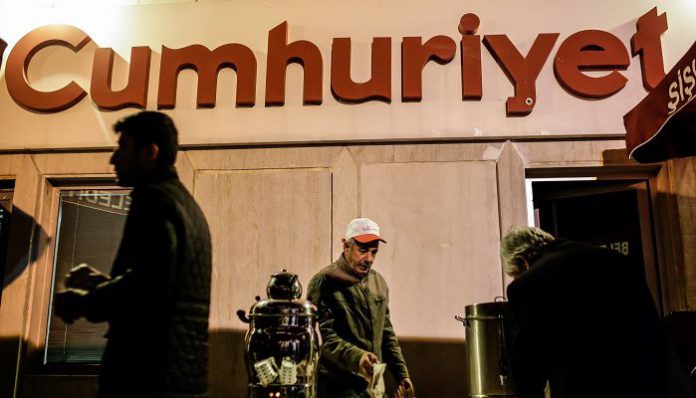 A report by the Cumhuriyet daily on a court decision to ban access to a previous story on a corruption case involving ruling Justice and Development Party (AKP) officials was also banned by an İstanbul court on Thursday.

“This verdict made history both in law and the media profession,” was Cumhuriyet’s comment on the ruling.

The original report on April 10, 2017 revealed that three members of the AKP’s İstanbul branch had won tenders worth TL 145 million ($29 million) held by local municipalities governed by the AKP in the last five years.

A court ruled to ban access to this report at the request of the AKP officials, Cumhuriyet reported on Feb. 22, 2018.

Another İstanbul court also banned access to the new report today, again at the request of the AKP officials.