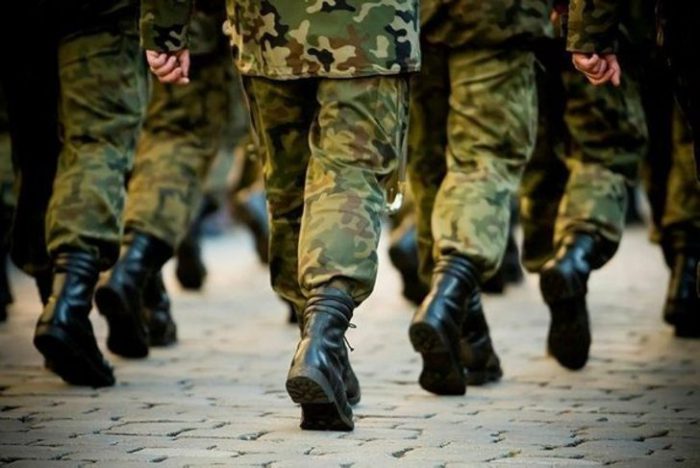 The ruling Justice and Development Party (AKP) has insisted on 21 days of basic training for men who will benefit from a newly introduced paid military exemption law because a pro-government textile company will reap huge profits from manufacturing these soldiers’ uniforms, according to an opposition deputy.

Turkish men who are at least 25 years of age and pay TL 15.000 (around $3,100) will be able to avoid serving a lengthy compulsory military service in Turkey and will serve for only 21 days during which they will be given basic training, according to a new law that was approved by the Turkish Parliament on Wednesday.

Many people including some opposition leaders such as Republican People’s Party (CHP) leader Kemal Kılıçdaroğlu and Nationalist Movement Party (MHP) leader Devlet Bahçeli called on the AKP government to drop the condition of 21-day military service for the men who will benefit from the exemption. They cited reasons as such as the difficulty in getting leave from work and the expenses involved in training these men for 21 days.

However, the AKP ignored their objections and went ahead with its plans.

According to an article on the ilerihaber news website on Thursday, the reason behind the AKP’s insistence on giving basic training to beneficiaries of the paid exemption is a pro-government textile company named, Ereğli Textile, based in Konya province and owned by the Albayraklar Group.

The claim was made by CHP Uşak deputy Özkan Yalım during a parliamentary session on Wednesday.

Ereğli Textile currently supplies 40 percent of the military uniforms needed by the Turkish Armed Forces (TSK). The company is expected to make a fortune if it also manufactures uniforms for the 1.3 million men who will benefit from the paid military exemption.

Yalım said the members of the executive board of Ereğli Textile are Faruk Albayrak, Muzaffer Albayrak and Mesut Muhammed Albayrak.

The Albayraklar Group is owned by the family of Berat Albayrak, the son-in-law of President Recep Tayyip Erdoğan who was recently appointed as Turkey’s minister of finance and treasury.