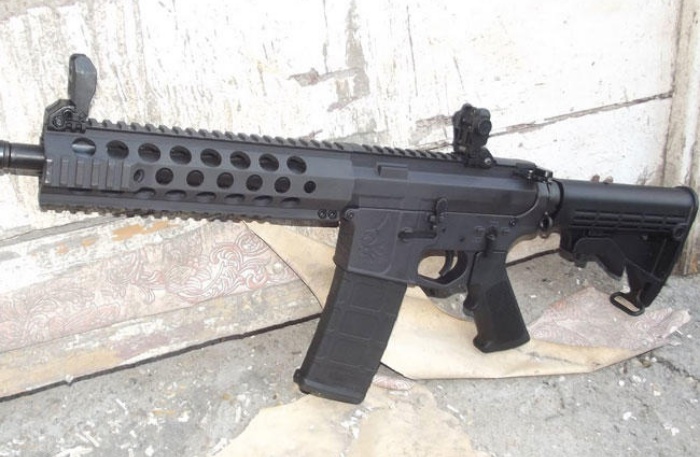 Turkey has warned Ottawa over a Canadian-made weapon recently seized during an operation against the Kurdistan Workers’ Party (PKK), the Hürriyet Daily News reported, citing the state-run Anadolu news agency.

In late April Turkish security forces killed seven members of the terrorist PKK in the southeastern province of Mardin.

Among equipment seized was an NEA-15 assault rifle, made by North Eastern Arms of Ontario, Anadolu said, referencing a report by Canadian newspaper the National Post from July 22.

The Canadian newspaper added that it is unclear how the weapon found its way into the hands of the PKK, which is considered a terrorist group by Canada, the US, the EU and Turkey.

Selçuk Ünal, Turkey’s ambassador to Canada, told Anadolu that Ankara has repeatedly expressed its objections to the arming of various groups, particularly terrorist organizations in Iraq and Syria.

“We have warned our allies including Canada that weapons given to different groups in Iraq including the Union of Iraqi Kurdistan Patriots [IKYB] could fall into the hands of organizations such as the Islamic State in Iraq and the Levant [ISIL] and the PKK/Democratic Union Party [PYD],” Ünal said, adding that Turkey has taken the necessary measures.

The government conducted an investigation after reports indicated weapons “may have been diverted from their intended end-use,” the National Post quoted John Babcock, a Global Affairs Canada spokesman, as saying.

In 2016 Armament Research Services, which provides analysis of weapons for governments and the private sector, reported that the Kurdish peshmerga and personal security detachments within the Iraqi Special Operations Force 1 Brigade were being armed with rifles produced by North Eastern Arms, the National Post said.

The NEA-15 is based on the popular United States AR-15 rifle, with variants used by both civilian and military shooters, according to the newspaper. NEA-15s sell for between $1,100 and $1,300 each.