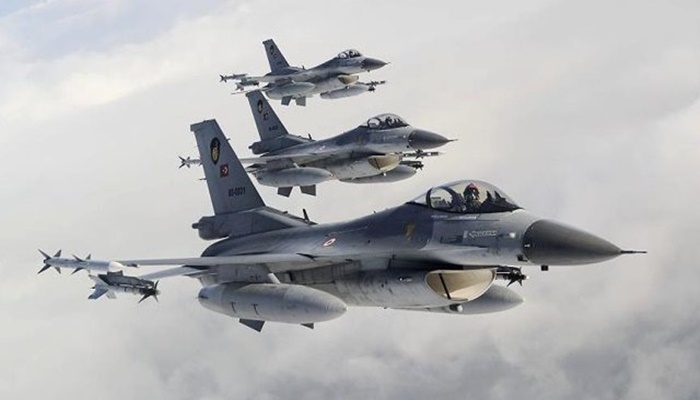 Five Turkish pilots who played a critical role in foiling a coup attempt two years ago were briefly detained over alleged links to the Gülen movement and later released pending trial, according to a Cumhuriyet daily report published on Tuesday.

Turkish authorities accuse the Gülen movement of orchestrating the coup attempt on July 15, 2016, although the movement strongly denies it.

According to the report, the Ankara Chief Public Prosecutor’s Office issued detention warrants for the five pilots, identified as B.T., S.A., F.Ö., A.A. and A.O.U., who used fighter jets from airbases in Afyon, Eskişehir, Erzurum and Diyarbakır to prevent mutinous pilots’ attacks and force them to land.

The pilots, who were suspended from duty after their detention, also reportedly participated in military operations in Syria and northern Iraq.

On the night of the coup attempt, some of the putschists departed from Akıncı Airbase in Ankara and bombed the parliament building and an area near the presidential palace before they were forced to land. The pilots who took off on orders from then-Prime Minister Binali Yıldırım to fight the putschists also shut down operations at the airbase, the headquarters of the military insurgency according to Turkish authorities.

After the coup attempt was foiled, a helicopter sent to move the alleged leader of the putsch, Gen. Akın Öztürk, from Akıncı Airbase was hit by the same pilots.

In their testimony F-16 pilots S.A. and F.Ö., when asked why they failed to shoot the putschists, said if they had shot the fighter jets down it would have caused civilian damage since they were flying over Ankara.

In 2016, the Turkish army asked the Ankara Chief Public Prosecutor’s Office whether it would be “appropriate” to assign pilots who had been investigated over Gülen links to military operations, according to the T24 news website.

The prosecutor’s office replied that if those pilots had observed the rules while under judicial probation, then the army could assign them to missions.