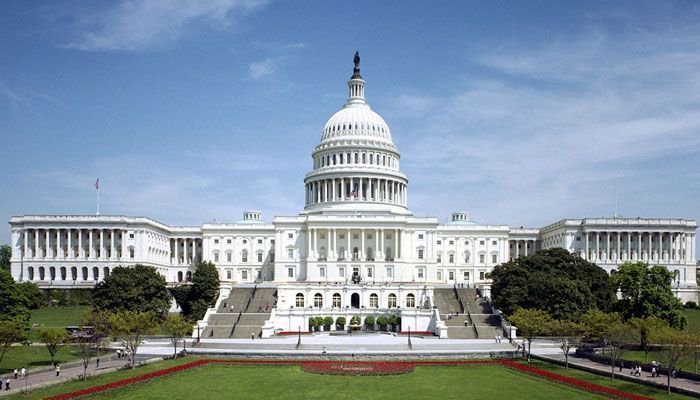 Six US senators introduced bipartisan legislation on Thursday to restrict loans from international financial institutions to Turkey “until the Turkish government ends the unjust detention of US citizens,” Reuters reported, citing a senate committee statement.

The move came a day after a Turkish court ruled to keep in custody American pastor Andrew Brunson, who was jailed in October 2016 on espionage and terror charges, setting the next hearing for Oct. 12.

According to the Senate Committee on Foreign Relations statement, the bill, known as the Turkey International Financial Institutions Act, directs the US executive of the World Bank and European Bank for Reconstruction and Development to oppose future loans, except for humanitarian purposes, to Turkey.

It said the opposition should continue until Turkey is “no longer arbitrarily detaining or denying freedom of movement to United States citizens (including dual citizens) or locally employed staff members of the United States mission to Turkey.”

US President Donald Trump on Wednesday urged Turkish President Recep Tayyip Erdoğan to release Brunson, who has been in prison in Turkey for nearly two years, calling his continued detention a “total disgrace.”

“A total disgrace that Turkey will not release a respected U.S. Pastor, Andrew Brunson, from prison. He has been held hostage far too long. @RT_Erdogan should do something to free this wonderful Christian husband & father. He has done nothing wrong, and his family needs him!” Trump tweeted.

Erdoğan in September had called on Washington to swap Brunson for Fethullah Gülen, a Turkish Muslim cleric living in self-imposed exile in the US who Erdoğan and his Justice and Development Party (AKP) government accuse of orchestrating a failed coup in 2016:
“Some people are trying to divide us, crush us. But they will not be able to divide this nation and country, they will not be able to demolish it. They want a pastor [Andrew Brunson] from us, you have a pastor [Fethullah Gülen], too. Extradite him so that we can prosecute him.”

Prosecutors accuse Brunson of activities on behalf of the Kurdistan Workers’ Party (PKK) as well as the group inspired by Gülen. The Gülen movement strongly denies any involvement in the abortive putsch.

Two members of the US Senate, Lindsey Graham and Jeanne Shaheen, paid a previously undisclosed visit to the Turkish capital on June 29 to meet with President Erdoğan in a direct appeal for Brunson’s release.

President Trump in a tweet in April urged the Turkish government to free pastor Brunson, while 66 US senators signed a letter urging Erdoğan to free the American pastor.

Brunson, a North Carolina native, has been in custody since October 2016 after he and his wife were detained on immigration violation charges. At the time, the Brunsons were running a small Christian church in İzmir. They had lived in Turkey for 23 years.

The arrest of the pastor has paralyzed CIA operations in Turkey, according to the article, and the US has been exerting all efforts to save him.