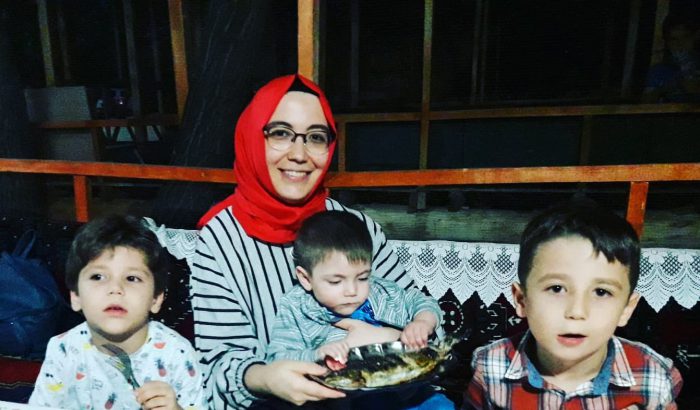 The bodies of Hatice Akçabay and her 1-year-old son Bekir Aras, who went missing when a boat capsized on Wednesday, have been found on the Turkish banks of the Evros River, the tr724 news website reported.

The Akçabay family — father Murat, mother Hatice (36), children Ahmet Esat (7), Mesut (5) and Bekir Aras (1) — were trying to flee Turkey and reach Greece due to an ongoing government crackdown on followers of the Gülen movement.

When the boat capsized only Murat Akçabay managed to reach Greek side of the river, while the four other family members went missing.

According to the father, the boat was carrying 11 people and hit a sharp object in the water causing it to capsize, Euronews Turkish service reported. Only the 7-year-old child had a life jacket.

A search for the missing family members was conducted on both sides of the river, while on the Turkish side a brother of Murat Akçabay was detained by police.

Thousands of people have fled Turkey due to a massive witch-hunt carried out by the Justice and Development Party (AKP) government against sympathizers of the Gülen movement in the wake of a failed coup attempt on July 15, 2016. The government accuses the movement of masterminding the coup, although the latter denies any involvement.

More than 150,000 people have been detained, and some 80,000 people from all walks of life have been put in pre-trial detention since the failed putsch.

Many have tried to flee Turkey via illegal means as the government had cancelled the passports of thousands of people.

On Feb. 13, at least three people died and five others went missing after another boat carrying a group of eight capsized in the Evros River while seeking to escape the post-coup crackdown in Turkey.