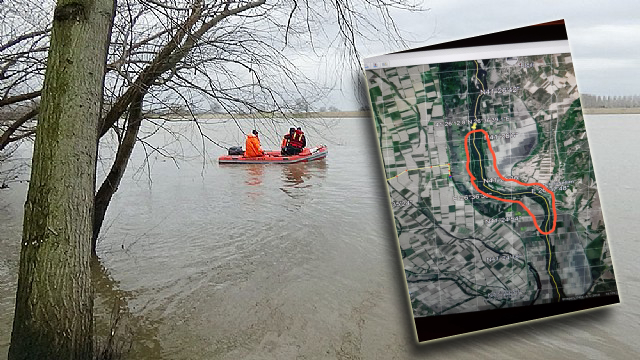 A woman and her three children went missing after a boat carrying several Turkish asylum seekers who fled Turkey due to an ongoing government crackdown on followers of the Gülen movement capsized in the Evros River along the Turkey-Greece border on Wednesday night, Euronews Turkish reported.

The children’s father, Murat Akçabay, and four other people on the boat were rescued. Greek officials told Euronews they are being kept at a police station on the Turkish border.

Rescue teams from Turkey’s Disaster and Emergency Management Agency (AFAD) were reportedly working to save the woman and her three children on the Turkish part of the river.

News of the incident was first tweeted by Turkish journalist Cevheri Güven, who called on international organizations to take action to rescue the missing people.

“A boat carrying Turkish purge victims capsized on the Evros River in Greece, a mother and 3 children lost, one child was wearing a life vest, they all may be alive, rescue units must urgently be deployed to the area @UNHCRGreece @Refugees_Gr,” Güven tweeted early Thursday.

Writer Cemil Tokpınar claimed the same day that Greek border police had located the missing people on an islet in the river.

Thousands of people have fled Turkey due to a massive witch-hunt launched by the Justice and Development Party (AKP) government against sympathizers of the Gülen movement in the wake of a failed coup attempt on July 15, 2016. The government accuses the movement of masterminding the coup while the latter denies involvement.

More than 150,000 people have been detained and some 80,000 including academics, judges, doctors, teachers, lawyers, students, policemen and many from different backgrounds have been put in pre-trial detention since the failed putsch.

Many tried to flee Turkey via illegal means as the government cancelled the passports of thousands of people.

On Feb. 13, at least three people died and five others went missing after another boat carrying a group of eight capsized in the Evros River while seeking to escape the post-coup crackdown in Turkey.