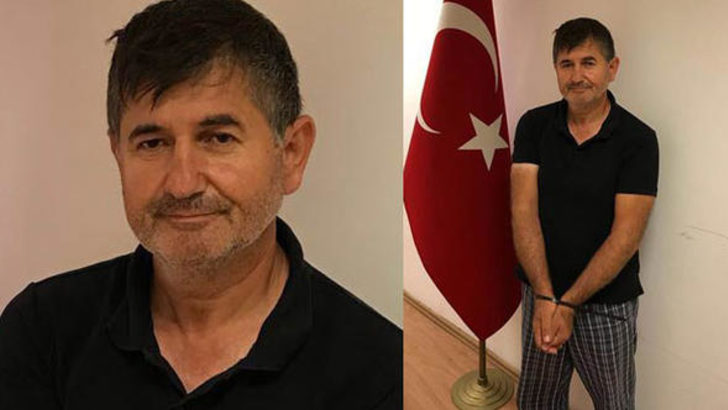 Turkish citizen Yusuf İnan was abducted by Turkey’s National Intelligence Organization (MİT) in Ukraine and transported back home on Sunday over alleged links to the Gülen movement, the state-run Anadolu news agency reported.

According to the report İnan was a social media expert who fled to Ukraine after a coup attempt in Turkey on July 15, 2016. Turkish officials claimed he had been discrediting some political figures on social media through “perception operations.”

A detention warrant had been issued by the İzmir Chief Public Prosecutor’s Office on accusations of membership in the Gülen movement.

On Thursday İsa Özdemir and Salih Zeki Yiğit were also abducted from Azerbaijan and Ukraine, respectively, in MİT operations on suspicion of links to the Gülen movement.

The ruling Justice and Development Party (AKP) accuses the movement of orchestrating the coup attempt and has conducted a crackdown on them both inside and outside Turkey. Foreign Minister Mevlüt Çavuşoğlu on Monday said over 100 members of the Gülen movement have been brought back to the country so far.

A recent report in the Turkish media indicated MİT officials have located almost 4,600 members of the Gülen movement in 110 countries.