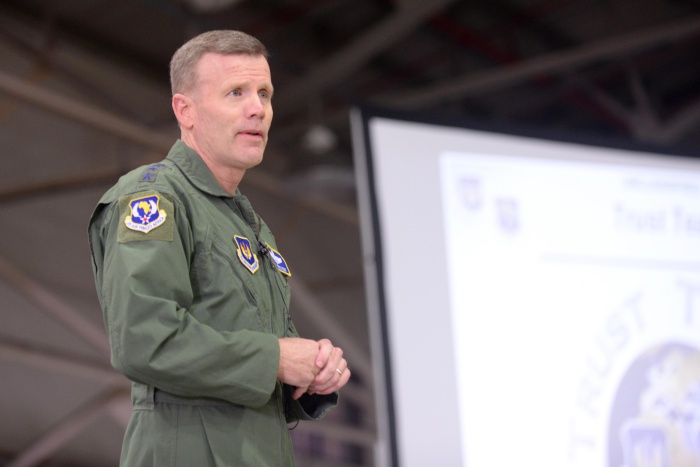 Turkey’s plans to buy the Russian S-400 missile defense system would give a weapon used by “known foes” of NATO deep insight into the radar-evading F-35 fighter jets arriving in growing numbers in Europe, the top US Air Force general in Europe said, Reuters reported.

Gen. Tod Wolters, also the NATO allied air commander, told Reuters the issue was worrying but that he was working to maintain strong military ties with the NATO member for now.

“Anything that an S-400 can do that affords it the ability to better understand a capability like the F-35 is certainly not to the advantage of the coalition,” said Wolters, who was in Britain for an air chiefs conference in London and the Royal International Air Tattoo at RAF Fairford.

US and NATO officials want to prevent the Russian-built defense system from accumulating information about Lockheed Martin F-35 fighter jets just as they are gaining a foothold in Europe.

Norway, Britain and Italy will have a total of 40 F-35s in Europe by the end of the year, with 24 more to be delivered next year and the Netherlands to receive two jets as well, according to a spokesman for the US Air Force.

Turkey’s plans to buy the Russian air and missile defense system have raised tensions with Washington, and US lawmakers are seeking to block the transfer of any F-35 jets to Turkey.

A senior US official last month said Turkey was a key NATO ally but that its purchases of the F-35 would be at risk and Ankara would face sanctions if it proceeded to buy the S-400 system.

Ankara received its first F-35 jets at the Lockheed plant in Texas last month, although the aircraft will stay in the United States for training.

“The Turks have to make a choice. They’re either going to be part of NATO or they’re going to move into the Russian camp in terms of defense,” said David Deptula, a retired Air Force general and industry consultant.

He said NATO would never integrate an S-400 system into its integrated air defense system because it would give the Russian-built system data about operating tactics and procedures that could be transferred to other users.

Operating an F-35 nearby would also allow the S-400 system to glean key information about range of detection and other characteristics of the aircraft, potentially undermining any element of surprise.

Wolters said NATO was worried about “how much, for how long and how close” any F-35s would be operated near the S-400 systems. “All those would have to be determined. We do know for right now it is a challenge.”

But he said his contacts with the Turkish Air Force remained “rock solid” despite the dispute over the S-400, focusing on current security threats.

“For right now, all the conversations surrounding that challenge have not hindered at all the strong relationship that we have with the Turkish Air Force and the great alliance that the two nations have together,” he said. “We want to make sure that for now we’re continuing on that path.”