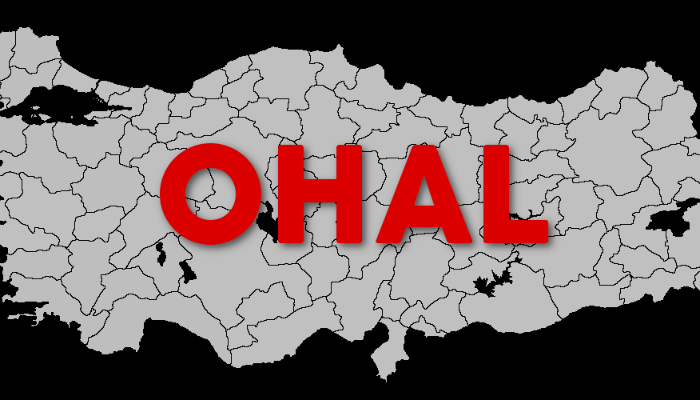 The Turkish government will abolish a state of emergency, or OHAL, that was declared in the aftermath of a failed military coup on July 15, 2016, on Monday but it will retain some of the authorities granted to it during the state of emergency with the latest government decree to be issued on Monday, the artigercek news website reported on Friday.

Turkish Prime Minister Binali Yıldırım said on Thursday that the state of emergency would be lifted and a new cabinet announced on Monday.

He also said a final government decree would be issued that “will include necessary measures to avoid vulnerabilities in the area of counterterrorism once the state of emergency is over.”

With the termination of the state of emergency, some controversial OHAL practices such as the 30-day detention period, restrictions on lawyers’ access to the files of their clients and expanded authorities granted to governors will no longer be in effect.

According to a report on the CNN Türk news website, government officials made a lengthy presentation to President Recep Tayyip Erdoğan about which OHAL practices should remain in effect and how.

The government decided that some OHAL practices could remain in effect by adding them to the Code on Criminal Procedure in the final government decree to be issued.

It is expected that the authorities of governors and the police will be expanded in the final government decree. Governors will be able to create safe zones in terror regions, impose temporary curfews, cancel demonstrations in provinces out of security concerns and close down places where there is terrorist activity or propaganda.

As for the police, they will have expanded authorities to monitor and search individuals and seize their belongings.

The state of emergency was declared for three months on July 20, 2016 due to the abortive coup. It has so far been extended seven times, the last time being in April.

The state of emergency has granted Erdoğan and his government extraordinary powers. Under it, the government has pressed ahead with many controversial decrees that have the force of law and are not required to be approved by Parliament. In line with these decrees, more than 150,000 people have been purged from state bodies on coup charges.

In the meantime, Prime Minister Yıldırım said on Friday that there will be expulsions of public officials from many state agencies in the final government decree.

“Most of the expulsions will be in the police force and the TSK [Turkish Security Forces],” Yıldırım told reporters at Çankaya Palace.

Before the elections, Erdoğan said several times that he would remove the state of emergency if re-elected president.