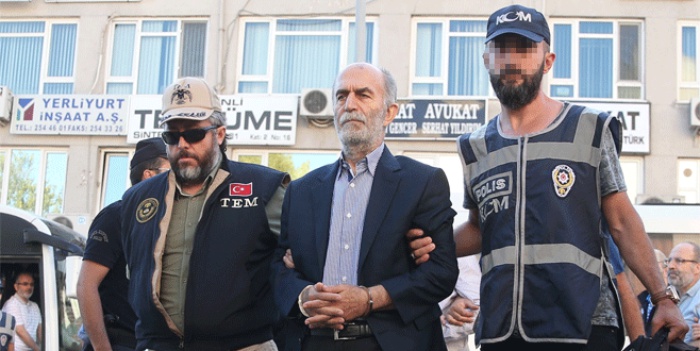 Şahabettin Harput, a former Turkish governor of the western province of Bursa who was arrested in August 2017 due to alleged links to the Gülen movement has been released on bail.

The Turkish government accuses the Gülen movement of masterminding a failed coup attempt on July 15, 2016.

The latest hearing in Harput’s trial along with 60 other suspects, 17 of whom are in pre-trial detention, took place at the Bursa 8th High Criminal Court on Wednesday.

Harput, 69, is facing charges of membership in a terrorist organization, for which the prosecutor is seeking a jail sentence of up to 20 years.

During Wednesday’s hearing, the court decided to release Harput on bail of TL 50,000, along with two other defendants in the same trial, considering his advanced age and health problems.

The next hearing will be held in September.

Islamic cleric Fethullah Gülen, who inspired the movement, strongly denied having any role in the failed coup and called for an international investigation into it, but President Erdoğan — calling the coup attempt “a gift from God” — and the government initiated a widespread purge aimed at cleansing sympathizers of the movement from within state institutions, dehumanizing its popular figures and putting them in custody.

Amid an ongoing witch-hunt targeting the Gülen movement, more than 50,000 people have been jailed while more than 150,000 have been removed from state posts due to alleged Gülen links since the coup attempt.