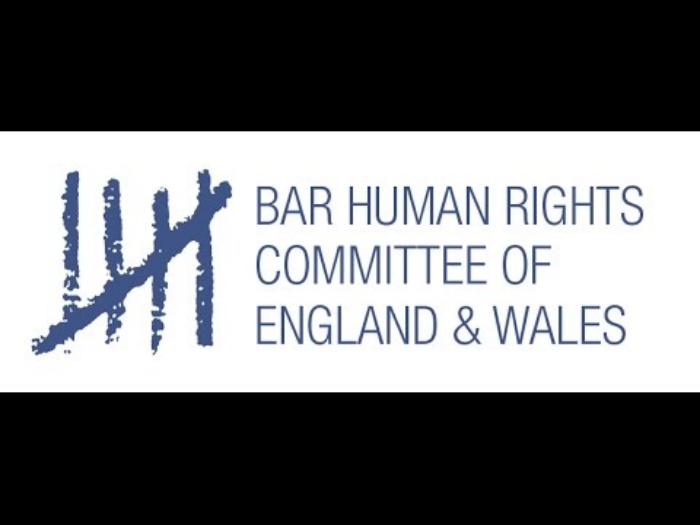 The Bar Human Rights Committee of England and Wales (BHRC) has published its interim trial observation report on the Zaman trial, in which 10 Turkish journalists and one lawyer are being tried on terrorism charges.

As verdicts are due for all 11 defendants this week, BHRC’s Vice Chair Schona Jolly QC, who observed the closing stages of the trial in İstanbul in May and June, authored an interim report on behalf of BHRC and raised serious concerns over violations of international law, including freedom of expression and freedom of the press, as well as the right to a fair trial in Turkey.

The report, titled “Sahin Alpay & others v Turkey, Zaman Newspaper: Journalists on trial,” reminded that Zaman had been the most widely distributed newspaper in Turkey. The Zaman daily was closed down by the Turkish government over its affiliation with the Gülen movement soon after a controversial coup attempt on July 15, 2016 and following the declaration of a state of emergency. Many of its staff members, including 10 journalists and a lawyer, were arrested.

“All but one of the Defendants were journalists who wrote for Zaman, many of whom are also academics,” the report said, and added: “One defendant, Orhan Kemal Cengiz, is an experienced human rights and constitutional lawyer who represented Zaman before Turkey’s Constitutional Court and has appeared in cases against Turkey in the European Court of Human Rights. At the date of this report, four of the 11 defendants remain in pre-trial detention at Silivri Prison where they have been held for almost two years.”

In its report BHRC determined that the charges and allegations, in addition to the manner in which the attendant evidence has been presented and pursued at trial, give rise to a serious inference that there is no prima facie case against the defendants.

BHRC observed that the paucity of the prosecutor’s evidence gives rise to the potential conclusion that such charges are manifestly ill founded, that they have been improperly brought and pursued by the prosecutor’s office and that defendants so charged have been arbitrarily and unlawfully deprived of their liberty.

“Placing this in the context of the very tight and broad clampdown on civil society, journalists, lawyers, academics and judges that has taken place since the coup attempt, BHRC observes that it is indeed plausible that these charges are politically motivated. At the very least, they represent a grave incursion into freedom of expression and freedom of the press in Turkey.”

The report urged that Turkish authorities consider whether the continued prosecutions of these defendants and the continued detention of four of them are in the public interest and should be pursued.

Further, BHRC urged the authorities, and in particular the court, to honor their constitutional and international commitments to the rule of law and fundamental human rights, including commitment to an independent and impartial judiciary and to the protection and preservation of freedom of expression.

Jolly said in a summary of the report on the BHRC website: “Whilst this is an interim trial report, and we have not yet had verdicts, very serious human rights failings appear to have been raised by what we have seen so far, including for those defendants who remain in detention,” BHRC’s Vice Chair Jolly said and added: “Despite the seriousness of the charges, and the aggravated life sentences sought by the prosecutor for some of the defendants, the evidence which has been relied upon to bring and pursue these charges appears farcical and fundamentally ill-considered. It does not come close to the standard required by international law, or indeed Turkey’s domestic law, which raises the question as to why these charges are being pursued at all.”

“This appears to be a situation in which journalists are being tried for employing everyday tools of their trade, such as common words or rhetorical phrases which, without more and without taking into account the context of the whole piece or the historical and political context in which their articles were written, do not begin to make out the elements of the serious terrorism crimes with which they are charged. Journalism itself does not constitute a crime.”

“It is also deeply concerning for the rule of law in Turkey that Zaman’s lawyer, Orhan Cengiz, who was listed on the indictment without any allegations against him initially, appears to have been targeted by virtue of being identified with his client.”

Turkey is the biggest jailer of journalists in the world. The most recent figures documented by SCF show that 243 journalists and media workers were in jail as of June 27, 2018, most in pretrial detention. Of those in prison 184 were under arrest pending trial while only 59 journalists have been convicted and are serving their time. Detention warrants are outstanding for 143 journalists who are living in exile or remain at large in Turkey.

Detaining tens of thousands of people over alleged links to the Gülen movement, the government also closed down some 200 media outlets, including Kurdish news agencies and newspapers, after a coup attempt in Turkey on July 15, 2016.