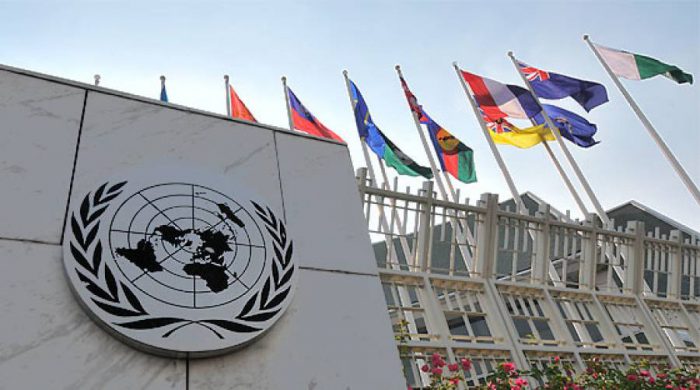 The United Nations’ growing sanctions list of terrorists reveals the terrible fact that the permissive and encouraging environment for the radicalization of Turks including those living in the diaspora by the current governing Islamist party in Turkey has taken a toll on global security, creating spillover risks for Turkey’s allies and partners as well.

Among the names cited in the UN’s Consolidated Sanctions List, which uncovers how foreign nationals used Turkey as a conduit to conduct terror operations, get logistical supplies and run a jihadist highway to move extremist figures to/from conflict areas in neighboring Syria and Iraq and was last updated on June 18, 2018, are around a half dozen Turks, some from the Turkish diaspora in Germany. Encountering the names of Turkish nationals or Turkey as a hub in such terror designations used to be quite a rare occurrence and suggests that a pattern is already developing. Unfortunately, the government of President Recep Tayyip Erdoğan, which has ruled Turkey for the last 16 years, has offered a fertile environment for all sorts of Islamist groups, including violent ones, that are connected to al-Qaeda and the Islamic State in Iraq and the Levant (ISIL) to organize, train and move around within Turkish borders.

Based on dozens of hushed-up cases and scores of leaked confidential documents, it is pretty clear that the Erdoğan government has been pursuing an undeclared revolving door policy for jihadist figures who were caught up in the criminal justice system in Turkey. Most, if not all, were detained only to be released quickly with no punishment or with a slap on the wrist after indictments and trial proceedings that laid bare serious charges and incriminating evidence. The only time we see the Turkish government cracking down of radical networks is when the pressure on Ankara at the international or bilateral level reaches a critical point. Even then, the clampdown quickly fades when attention is turned elsewhere.

Behind this risky policy lies Erdoğan’s motivation to use radical groups as trump cards against domestic opposition in Turkey, especially the Kurdish political movement, and intimidate critics and opponents while tapping on proxies’ destructive potential to gain leverage in regional and global politics. The ideological commitment of Erdoğan and his associates to religious zealotry is also a contributing factor that drives this Caliphate-like ambition harbored by Turkey’s strongman Erdoğan. Let’s look at some of the names listed by the UN sanctions committee to gain better insight into what is going on with Erdoğan’s Turkey. Not surprisingly, many, if not all, of this radical bunch have some sort of links to the Turkish intelligence agency, which is now run by Erdoğan confidante Hakan Fidan.

Adem Yılmaz, a 39-year-old German-born resident of Turkey’s Black Sea province of Bartın, was listed as member of the Islamic Jihad Group for participating in such activities as recruitment of new members, financing, planning and facilitating terror acts. Yilmaz had reportedly worked for Turkey’s notorious National Intelligence Organization (MIT) according to a Der Spiegel report that published summary of a testimony by his associate Atilla Selek, who talked to German authorities in a terror investigation. The Islamic Jihad Group is an offshoot of the al-Qaeda-linked Islamic Movement of Uzbekistan. Yilmaz attended a terrorist training camp in South Asia in 2006 where he received instruction in explosives and later set up a cell in Germany to carry out bomb attacks against American citizens and entities in Germany. Investigators discovered his group had acquired a hydrogen peroxide solution and electrical devices for triggering detonation as well as several detonators. He was arrested on Sept. 4, 2007 in the German city Medebach and was sentenced on March 4, 2010 to 11 years in prison.

Yilmaz’s associate Mevlüt Kar, a dual Turkish-German national, was also listed by the UN as a terrorist on January 25, 2012. He had been living in Turkey since 2002 after leaving Germany. While he was in Turkey, Kar arranged the shipment of detonators for explosives to be used in an attack in Germany. Like Yilmaz, he is also linked to the Turkish intelligence agency and worked for MIT as an informant for an unspecified amount of time. When he was detained at Istanbul Atatürk Airport on August 8, 2002 on a warrant from German authorities, he was quickly released without even a referral for an arraignment hearing, suggesting that he had big brother looking out for him in Turkey. The US Treasury listed Kar as a Specially Designated National on an anti-terror designation list on January 26, 2012.

Maghomed Maghomedzakirovich Abdurkhmanov (aka Abu Banat), an al-Qaeda suspect and Russian national, listed on October 2, 2015 by the UN, travelled to Syria through Turkey to join jihadists and has led the Jamaat Abu Banat terrorist group, now part of ISIL. According to the UN file, he operates on the outskirts of Aleppo and Idlib. The group is made up of militants from Turkey, Pakistan, Morocco, Russia and other countries. It is involved in kidnappings and public executions of local Syrians including Christian priests. He had long operated inside and outside of Turkey and was detained, arrested, tried and released by Turkish authorities. He admitted during court proceedings that he worked with Turkish intelligence, which provided him with weapons, funds and vehicles. He was most likely released in 2017 in Turkey although he is wanted by both Russia and the US.

Tarad Mohammad Aljarba, a 39-year-old Saudi Arabian national, has worked as the emir for borders and logistical support of ISIL. He facilitated the travel from Turkey to Syria of prospective ISIL fighters from Australia, Europe and the Middle East. Aljarba was put on the terror list by the UN on September 29, 2015.  Shane Dominic Crawford, a citizen of Trinidad and Tobago, is listed as member of ISIL who works as an English language propagandist for ISIL in print and video media. He had stayed in the Turkish border town Reyhanlı for some time in 2014. He is believed to still be in Syria and also engaged in armed conflict as a sniper. He was featured in a story in ISIL’s Dabiq online magazine in which he called on ISIL supporters to attack interests in the US and European countries, citing various attacks in California and Orlando in the United States, and Nice, France, as examples.

Morad Laaboudi, a 29-year-old Moroccan national and listed on February 29, 2016 by the UN as an ISIL suspect, is a foreign terrorist fighter facilitator. He operated on a base in the Turkish border province of Gaziantep and served as a liaison for ISIL’s outreach to armed opposition groups. Kevin Guiavarch, a 25-year-old French national, left France for Syria in 2012 and joined Nusra Front fighters and later hooked up with ISIL. He and his wife, Salma Oueslati, were actively involved in luring more fighters from France. Like many jihadists he had been operating inside and outside of Turkey with authorities looking the other way and hoping they would help topple Bashar al-Assad, the archrival of President Erdoğan in Syria. Although his name was listed by the UN on September 23, 2014 and he was facing a fresh arrest warrant issued by French authorities the same year, Guiavarch continued to operate freely across the Turkish-Syrian border. It was not until June 2016, when Turkey came under intense pressure from the US and EU, that he was arrested along with other jihadist figures. He was expelled from Turkey in January 2017 and placed in pretrial detention in France.

Emrah Erdoğan, 30-year-old dual Turkish-German national, was listed in the UN terror list on November 30, 2015 as an al-Qaeda suspect who was trained in North Waziristan, Pakistan, engaged in suicide bomb planning and raised funds in Germany for Tehrik-e Taliban Pakistan, also listed as a terrorist group. He brought his brother Bünyamin from Germany to Pakistan to join al-Qaeda, but the latter was killed in a drone attack on October 4, 2010. Emrah moved Somalia in 2011 to join al-Shabab, working as a point man for foreign fighters who wanted to join the terror group. He also acted as propagandist for al-Shabab. On June 10, 2012 he was arrested in Tanzania and deported to Germany, where he was sentenced to seven years’ imprisonment on terror charges, on Jan. 23, 2014, by the Higher Regional Court in Frankfurt am Main. On Dec. 9, 2015 the US State Department designated Erdoğan a Specially Designated Global Terrorist.

These names are just the tip of the iceberg and do not reflect the whole picture as it takes a long time to compile the names, obtain the supporting evidence and get the names published by the UN. The horrifying picture of how the Erdoğan government has long allowed, facilitated and helped the proliferation of radical figures will be exposed when the Syrian crisis is resolved and the conflict is stabilized to some extent. The Erdoğan government’s incitement of Turkish as well as non-Turkish Muslim diaspora groups, especially in Europe, continues unabated. The divisive religious discourse we saw during the campaign before the June 24 elections has taken a further toll on expat communities abroad, creating fertile ground for the nurturing of all sorts of extremist ideas. The Austrian government decision to shut down Turkey-backed mosques and expel Turkish imams from the country must also be assessed from this perspective.