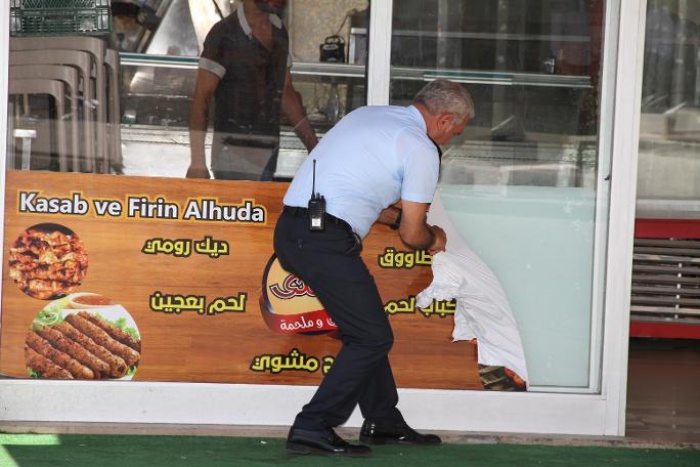 Officials from the Esenyurt Municipality in İstanbul on Friday removed signs in Arabic from district shops, in a neighborhood densely populated by Syrian refugees, in line with a recently adopted Turkish Standards Institute (TSE) rule that says the Turkish language should be a priority in signs.

The TSE announced in March that if shopkeepers want to use foreign languages, the type size of those words should be a quarter of the size of Turkish type.

In a written statement the municipality said they had received complaints from district residents who could not understand the signs.

Esenyurt has the densest Syrian refugee population in İstanbul, according to Mayor Ali Murat Alatepe, who warned Syrians to obey the rule just like everybody else.

Alatepe also briefed the press in the statement, saying municipal officials had closed down shops that could not pass hygiene inspections during the week.

In April 2017 the Adana Metropolitan Municipality also removed signs in Arabic “in order to protect the Turkish language.”

There are more than 10,000 businesses, including shops and factories, run by Syrian refugees in Turkey, according to a recent survey.