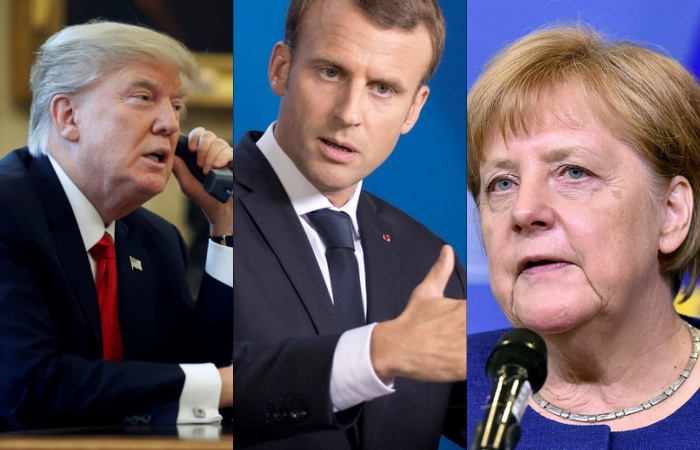 Western leaders on Monday conveyed their compliments to Turkey’s Recep Tayyip Erdoğan on his success in Sunday’s presidential and parliamentary elections, stressing partnership and dialogue on serious issues.

Sources said Erdoğan and Trump confirmed a joint commitment on the development of bilateral cooperation on defense.

Erdoğan won an absolute majority in the presidential poll with 52.5 percent of the vote, while his main rival Muharrem İnce received 30.6 percent.

“The French president has congratulated Recep Tayyip Erdoğan and wished the Turkish people success in the economic and social development of their country and in the democratic functioning of their institutions,” an Elysée Palace source said.

Macron stressed the importance of a calmer dialogue between Turkey and the European Union, the source added.

German Chancellor Angela Merkel also congratulated Erdoğan on Monday on his electoral victory and stressed that Germany wanted Turkey to be diverse and boost democratic participation, Reuters said, citing a statement from her office.

Merkel said Turkey had shown great responsibility in dealing with upheaval in the Middle East and the resulting migrant flows.

“All the more reason for us to want to be a partner of a stable and pluralistic Turkey in which democratic participation and the protection of the rule of law is strengthened,” she wrote to Erdoğan.