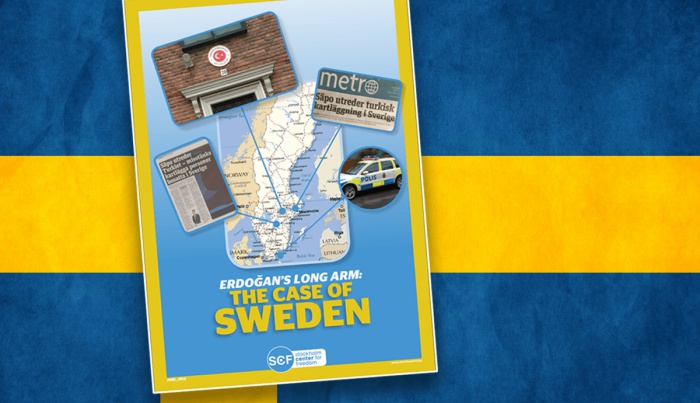 Turkey has expanded its witch hunt against critics to Sweden, using government institutions, affiliated NGOs and operatives, a report released by the Stockholm Center for Freedom (SCF) has revealed.

The report, drawn from dozens of cases, exposes how the current government in Turkey led by an oppressive leadership has intensified spying, intelligence gathering and profiling of critics that at times has led to harassment, intimidation and hate crimes.

“Although critics and opponents of Turkey’s Erdoğan regime feel relatively safe in Sweden, they still face threats and are subjected to hate speech and defamation campaigns run by the Turkish government and its proxies,” said Abdullah Bozkurt, the president of SCF.

“At times, this campaign of intimidation has amounted to incitement to violence and even death threats,” he added.

Although critics from all walks of life including Kurds and Alevis were targeted in general in this stigmatizing effort by the Turkish government, members of a civic group called the Hizmet (popularly known as Gülen) movement, inspired by US-based Turkish Muslim cleric Fethullah Gülen, have borne the brunt of this witch hunt.

Turkish embassies and government agencies including the intelligence services and nongovernmental organizations affiliated with the Islamist-rooted Justice and Development Party (AKP) government have been involved in the profiling and harassment of the movement’s members in varying degree, scope and intensity.

This persecution abroad is personally approved by Turkish President Recep Tayyip Erdoğan, who stated that no country in the world will be safe for members of the Gülen movement, claimed they do not have the right to life and vowed to pursue them wherever they are. His propagandists have even suggested assassinating and abducting critics abroad and have put a bounty on their heads.

The Swedish government is called on to take counter-measures including legal and other steps to prevent such blatant interference by the Turkish government in the country’s internal affairs and to protect its residents and asylum-seekers from the long arm of Erdoğan.

SCF has documented dozens of cases in this report, mostly from open sources, and also interviewed victims. There have been other cases for which the victims do not want to report incidents for fear of further reprisal by the Turkish government such as the jailing of victims’ relatives back in Turkey, denial of entry to Turkey when they go for vacation and the unlawful seizure of their assets.